$50,000 reward announced in fatal shooting of father in Leimert Park

KABC
By Sid Garcia
LOS ANGELES (KABC) -- Los Angeles police on Tuesday announced a $50,000 reward and released surveillance video in the case of a 59-year-old man who was shot and killed last September in Leimert Park.

Members of Philip Osby's family joined LAPD homicide detectives at a morning press conference where they appealed to the public for help in identifying two at-large suspects.

The 59-year-old part-time Uber driver was murdered with a shotgun in the early morning hours of Sept. 12 despite being cooperative with the two wanted men, police said. Officers responded about 5:45 a.m. to the 2700 of W. Vernon Avenue, where the victim was found dead in an alley.

The motive for the killing remains under investigation. By all indications, investigators said, Osby had done nothing to provoke the shooting.

"We really need your help at this time," Osby's widow, who declined to be identified by name due to safety concerns, said at the press conference. "My daughters and I have many sleepless nights since my husband was murdered."

She described Osby as a "really good, funny guy who loved to dance. We just need your help. If you know anything, please let us know to bring us peace." 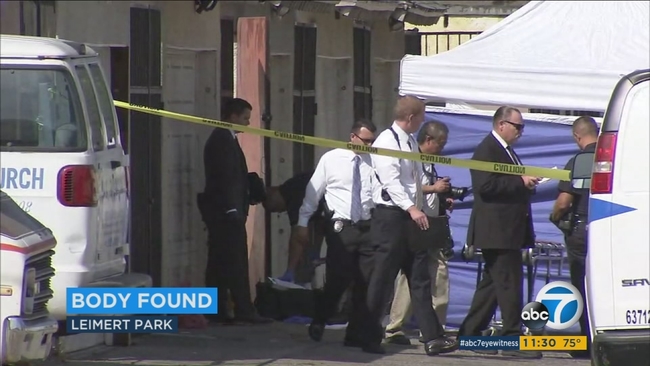