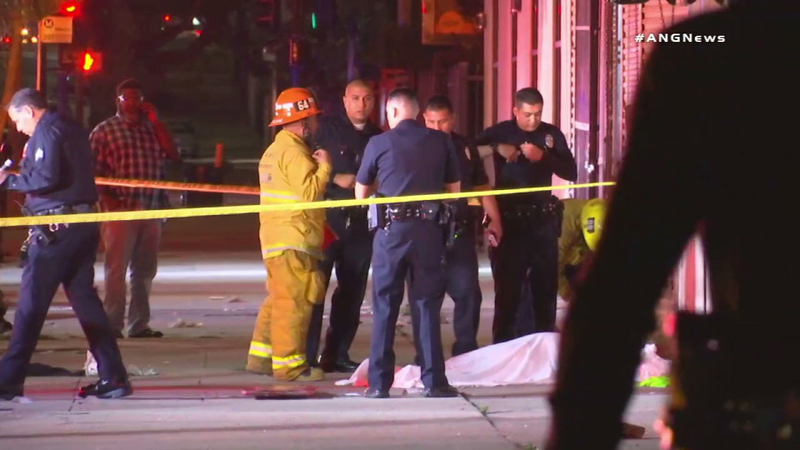 SOUTH LOS ANGELES (KABC) -- One person is dead and two others are hospitalized in critical condition after a shooting outside a duplex in South Los Angeles.

The shooting was reported shortly after midnight in the 9100 block of Western Avenue, where a group of people were gathered inside and outside of the duplex, police said.

Gunfire came from outside and three people were shot. One female victim died at the scene. A male and another female victim were transported to a nearby hospital in critical condition.

The victims' ages were not known.

Authorities did not release suspect or suspect vehicle information.