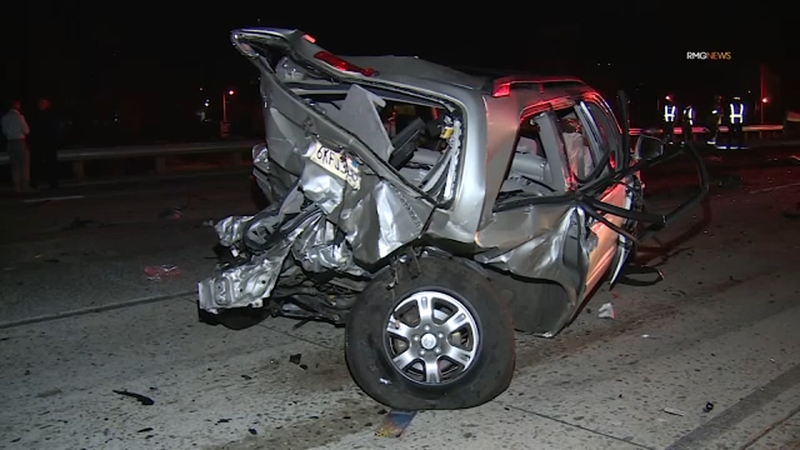 DUARTE, Calif. (KABC) -- One person is dead after a multi-car crash on the 210 freeway in Duarte Sunday.

All westbound lanes of the 210 freeway were shut down after the fatal crash that involved six vehicles.

The accident happened just before 3 a.m.

The victim is described as a 21-year-old woman who was ejected from the passenger seat of a Toyota Highlander.

The accident is believed to have been started as a solo collision with a Ford Fusion hitting a guardrail before being hit by a Ford Escape, according to the California Highway Patrol.