1 injured by incendiary device at Goodwill in Austin, Texas; not related to other incidents around city, police say

KABC
By ABC7.com staff
AUSTIN, Texas (KABC) -- Authorities responded to reports of a package explosion at a Goodwill in Austin, Texas, Tuesday and later determined it was not connected the series of bombings going on in the city.

Austin fire officials said they were responding to a reported explosion at a Goodwill store in the 9800 block of Brodie Lane, near Slaughter Lane.

During an evening press conference, authorities said a Goodwill employee found a donation box with items that the store did not want. The box was passed off to another employee to dispose of the items.

When the employee took the box around the corner to dispose of the items, he or she found artillery simulators. The employee sustained an injury while handling the device.

Austin-Travis County EMS tweeted that the victim, a man in his 30s, was transported to a hospital with serious injuries not expected to be life threatening.

Authorities determined it was not an explosive device and was not related to other incidents that have been going on in the Austin area.

But the scare came as investigators, who have pursued a suspected serial bomber terrorizing Austin for weeks, uncovered what seemed like valuable new leads in the case.

Even before the report of Tuesday night's explosion, it had already been a busy day for authorities. Before dawn, a bomb inside a package exploded around 1 a.m. as it passed along a conveyer belt at a FedEx shipping center near San Antonio, causing minor injuries to a worker. The Austin Police Department, the FBI and other federal agencies confirmed that the package center blast was related to four previous ones that killed two people and seriously injured four others.

Since March 2, two people have been killed and four others seriously wounded. 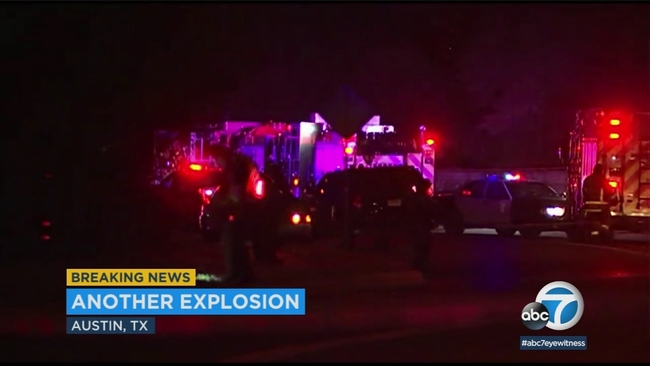 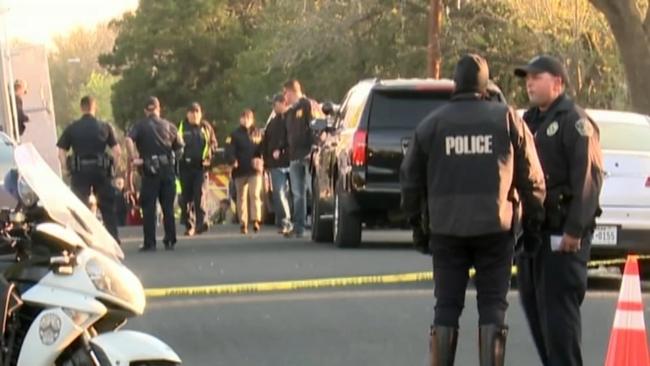