1 killed, 1 injured after car crashes at high speed, bursts into flames in Pacoima 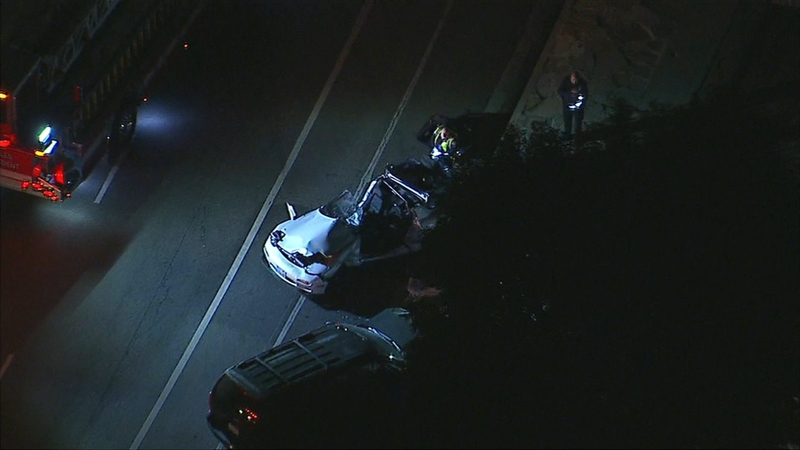 PACOIMA, LOS ANGELES (KABC) -- One person died and another was seriously injured in a fiery, high-speed crash in Pacoima Tuesday, officials said.

The crash was reported at Woodman Avenue and Devonshire Street just before 10 p.m.

Authorities say a vehicle was traveling at a high rate of speed when it lost control and struck a parked car, bursting into flames.

One person was declared dead at the scene and a second person was transported with significant injuries.