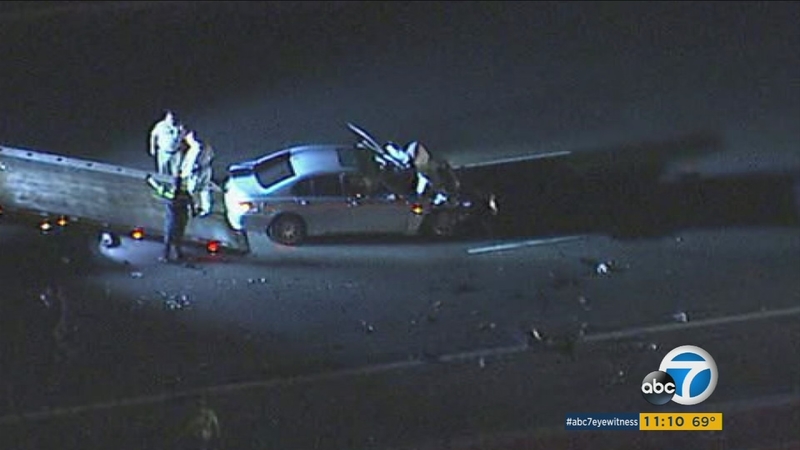 RIVERSIDE, Calif. (KABC) -- A driver was killed when another vehicle smashed into them in a suspected DUI crash in Riverside Wednesday.

The crash happened around 4:33 p.m. at the intersection of Alessandro Boulevard and Meridian Parkway.

Authorities said the driver of a silver BMW, who was identified as 38-year-old Anthony Lopez, of Moreno Valley, headed eastbound on Alessandro Boulevard at a high rate of speed. As he approached Meridian Parkway, traffic was stopped ahead.

Lopez then lost control of his vehicle and crashed into the back of a Nissan sedan, which was driven by a 62-year-old man. That crash resulted in collisions with five other vehicles, resulting in a total of seven cars being involved in the crash.

The driver of the Nissan sedan died at the scene due to injuries sustained in the crash, authorities said.

Authorities said after an investigation, Lopez was determined to be under the influence of a substance and was arrested on suspicion of felony DUI.

The other people in the other vehicles involved in the crash sustained minor injuries or no injuries at all, authorities said.

The identity of the 62-year-old victim was not released pending notification of next of kin.

Investigators tracked down a second driver who had fled the scene. He told authorities that he was not involved and wanted to get out of the way of the suspected DUI driver.

The area was closed off as authorities cleared out the area and gathered more evidence.