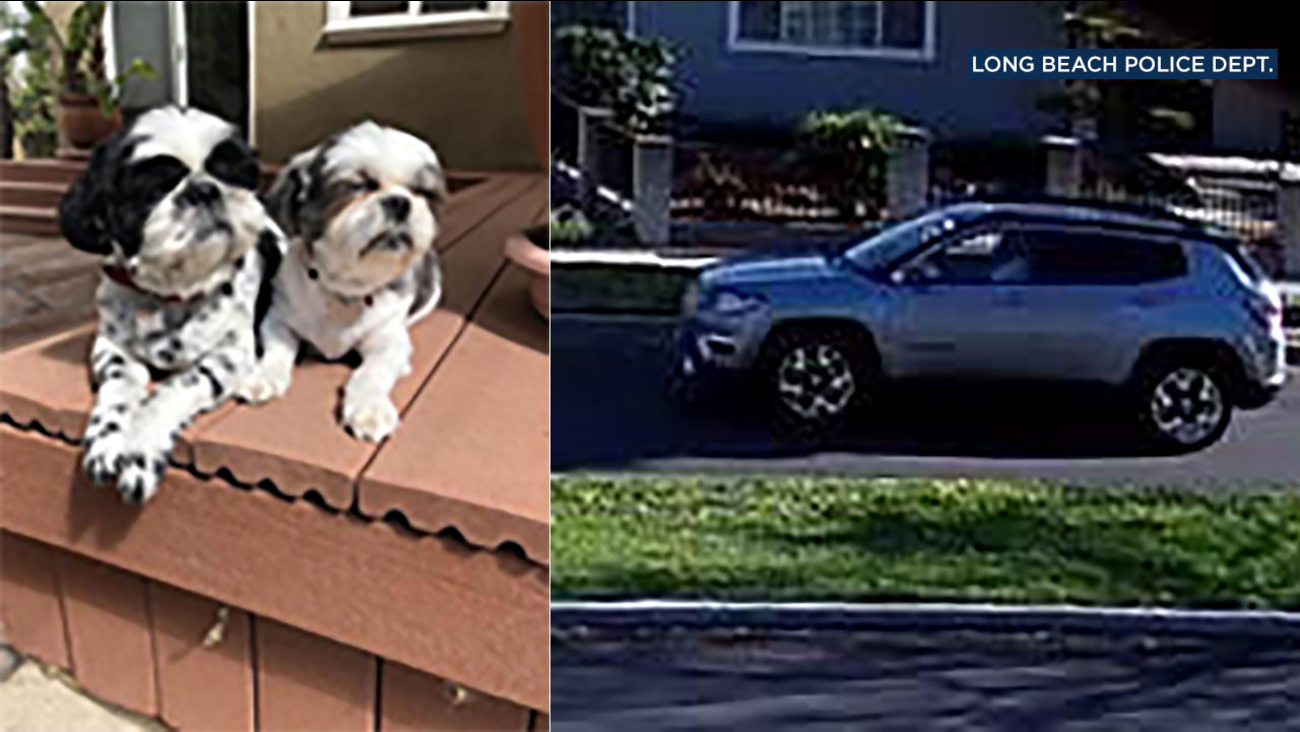 Two Shih Tzu dogs were taken from a home in Long Beach and police need help in tracking down the possible suspects. (Long Beach Police Department)

LONG BEACH, Calif. (KABC) -- One of two dogs stolen during a burglary in Long Beach was returned to its owners, authorities said.

Long Beach police said a person contacted the dog's owners and returned Winston, one of two shih tzus stolen by three burglary suspects. Police did not elaborate further on how the dog was returned.

The incident happened Monday afternoon in the 5800 block of Monlaco Road. Surveillance cameras caught three suspects and a vehicle at the home. The vehicle was described as a 2018 silver Jeep Compass with tinted windows.

The suspects are described as men in their early 20s, between 5 feet 10 inches to 6 feet tall. One was wearing blue jeans, white Jordans and a dark red sweater. He also appeared to have shoulder-length dreads.