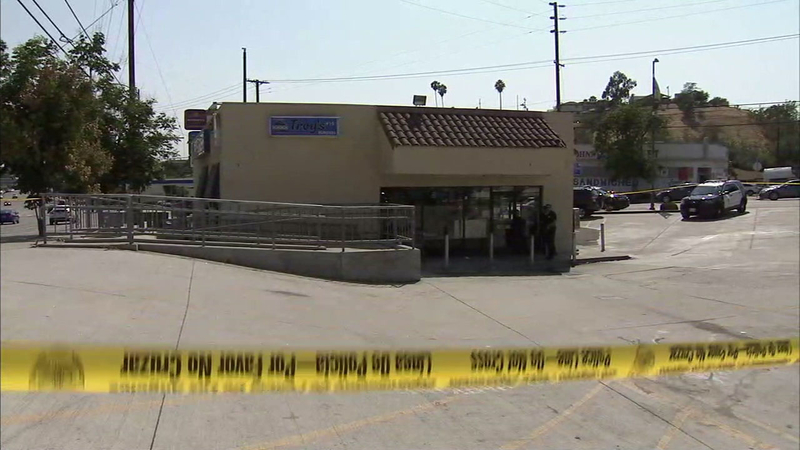 EL SERENO, Calif. (KABC) -- One person was shot and wounded at a burger stand in El Sereno, police said.

The shooting happened at Troy's Burgers, at Valley Boulevard and Eastern Avenue around 2:37 p.m.

The man who was shot went to a hospital in stable condition. He was seen walking into a nearby business shortly after the shooting to buy water and lifting up his shirt to show his gunshot wound.

#BREAKING: After getting shot in the stomach, this man walks into an El Sereno business to buy water and shows the employee behind the counter his gunshot wound. @LAPDHollenbeck tells me he is now in the hospital in stable condition. Police are still looking for two suspects. pic.twitter.com/giEf0wqlUt

Police say two suspects drove up to the burger stand and approached a man in the parking lot. The passenger in the car and the man got into a brief fight and the passenger then shot him one or two times. The motive behind the fight and shooting remains under investigation.

The two men in the four-door sedan then fled the scene. They remain on the loose.
Report a correction or typo
Related topics:
el serenolos angeles countyrobberyshooting
Copyright © 2021 KABC-TV. All Rights Reserved.
More Videos
From CNN Newsource affiliates
TOP STORIES