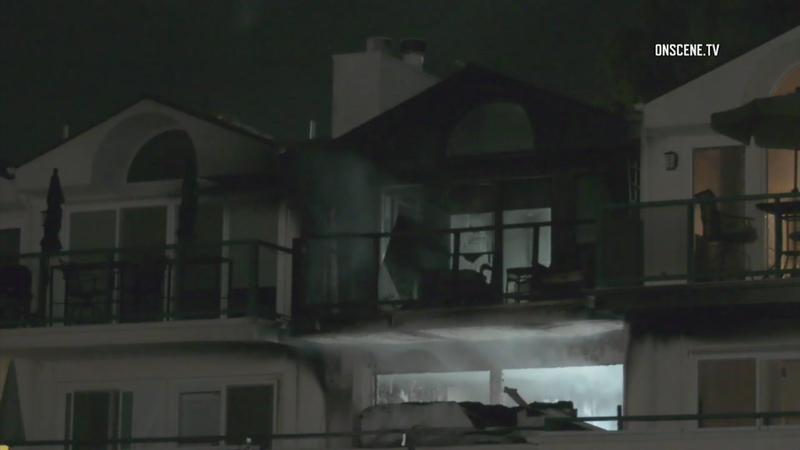 LONG BEACH, Calif. (KABC) -- One woman died and her husband was injured after a fire broke out at a triplex in Long Beach late Monday night.

The incident occurred shortly before 11:30 p.m. on 38th Place as 50 firefighters encountered heavy smoke and fire from the unit upon arrival.

Two people lived in the unit, according to Long Beach Fire Department officials. One man who evacuated in time indicated another person was still inside the home.

Firefighters rescued a woman described to be in her 60s from the unit. She was transported to a hospital, where she succumbed to her injuries.

The other patient, her husband, was transported and listed in moderate condition.

Two other units on each side sustained water damage.