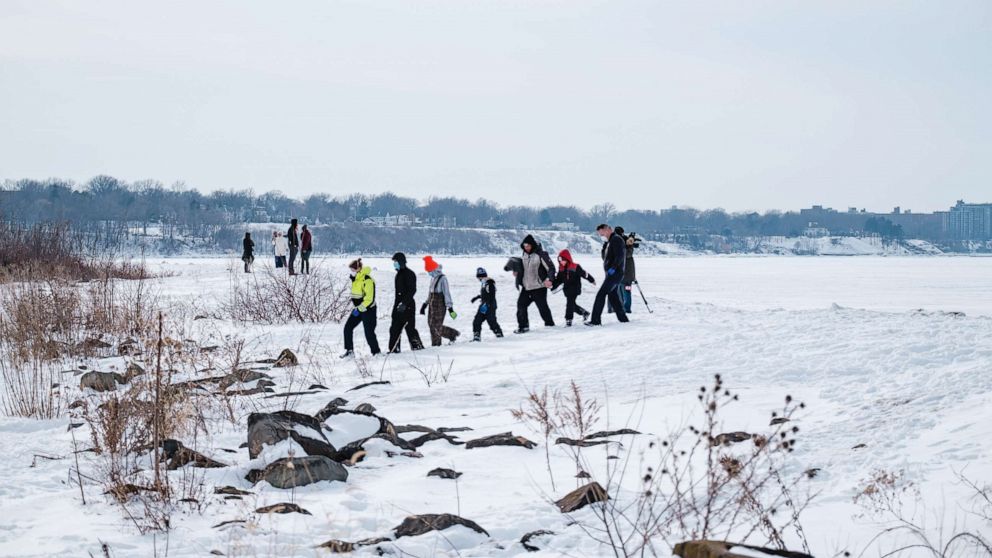 Ten people were rescued from sheets of ice floating in Lake Erie on Sunday afternoon, according to the U.S. Coast Guard.

Seven adults and three children became stranded on the ice floes, which had drifted nearly a mile off shore from Edgewater Park in Cleveland, the Coast Guard said.

The Coast Guard dispatched an ice rescue team as well as a helicopter for air support, working in tandem with the Cleveland Metroparks Police Department and the Cleveland Division of Fire.

All 10 individuals were taken over to paramedics awaiting on site. There were no injuries reported, the Coast Guard said.

The National Weather Service's forecast office in Cleveland issued an advisory on Saturday night regarding the "dangerous ice conditions" on Lake Erie, warning of large openings in the ice that developed in the center of the lake and the potential for ice to drift from shore increasing through Monday as winds pick up.

"It is advised to stay off the ice on Lake Erie as areas of ice could break off from the shore," the agency said. "If you are on the ice and it breaks away from shore, you will become stranded."
Report a correction or typo
Related topics:
abc newsnational
Copyright © 2021 ABC News Internet Ventures.
More Videos
From CNN Newsource affiliates
TOP STORIES