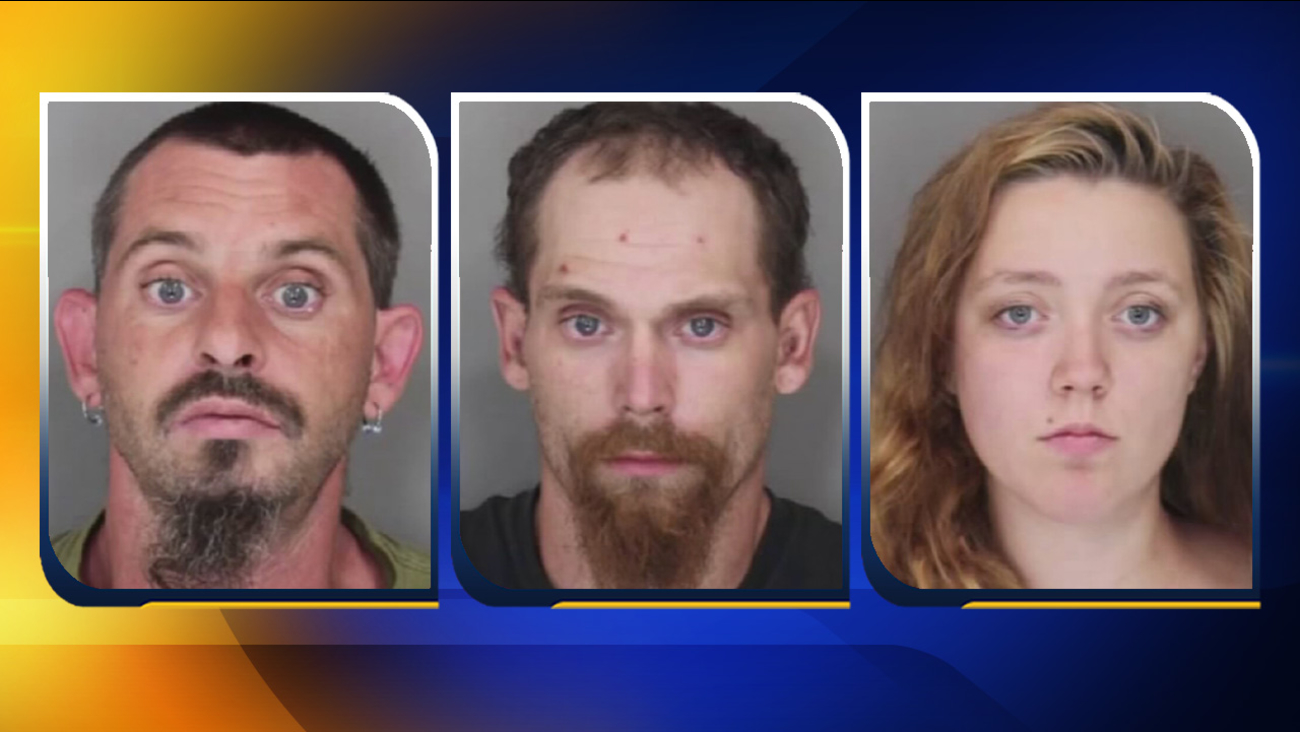 A 10-year-old girl was beaten repeatedly, forced to run with heavy packs and dragged behind a car, police said. (Credit: Oswego County authorities)

NEW YORK -- A 10-year-old girl who was beaten repeatedly, forced to run with heavy packs and dragged behind a car escaped her tormentors as they slept to ask a neighbor for help, police in central New York said Friday.

Four adults were charged after the bruised and malnourished girl escaped on Wednesday from her home in rural Oswego County, north of Syracuse. Her treatment, which included beatings with a tightly rolled newspaper wrapped with electrical tape, had apparently been getting worse since April, Oswego County Undersheriff Gene Sullivan said.

"She just couldn't take it anymore," he said.

The girl was hospitalized with non-life threatening injuries.

Sullivan said the girl was forced to work outside clearing brush without access to water or a bathroom. She was served a single meal a day, doused in hot sauce.

In one incident, she was loaded with a backpack on each shoulder, one on her back and an additional weight on her front and made to run on a dirt road. She was followed in a car, which would hit her when she went too slowly.

"When she physically couldn't continue, they tied a rope around her waist, tied that same rope to the bumper of the car and began to pull her along," Sullivan said. "When she would drop, they would continue to drive and she'd end up getting dragged."

Sullivan said the girl had been singled out as a child who needed discipline. The investigation is continuing.

The girl's 34-year-old mother was charged with endangering the welfare of a child.

Three adults at the home were charged with second-degree assault: Shawn Whaley, 23, Brandy Shaver, 18 and Gary Bubis, 37. Bubis had a relationship with the girl's mother and his charge stems from an allegation that he forced a 3-year-old child's hand into hot water.

The three were remanded to jail.

It was not immediately clear if the defendants had lawyers.
Report a correction or typo
Related topics:
new yorkchild abusetorturechildrenu.s. & world
Copyright © 2021 by The Associated Press. All Rights Reserved.
More Videos
From CNN Newsource affiliates
TOP STORIES