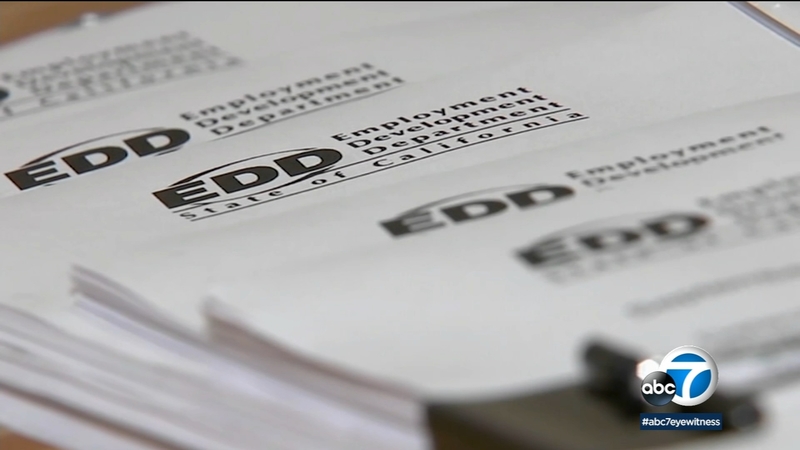 LOS ANGELES (KABC) -- The state of California paid out $11 billion in fake jobless claims and billions more in payments are being investigated as possible fraud, according to the state Labor Secretary Julie Su.

Out of the $114 billion paid in unemployment claims, nearly 10% have been confirmed as fraudulent, said Su. Another 17%, or nearly $20 billion is under investigation.

"There is no sugarcoating the reality," Su said. "California did not have sufficient security measures in place to prevent this level of fraud, and criminals took advantage of the situation."

Nearly all of the fraudulent claims were made through the federally supported Pandemic Unemployment Assistance program.

The backlog and processing of unemployment claims continue to frustrate people who need it most. Some people haven't gotten unemployment benefits since late December. Now Bank of America is being accused of not taking proper safety measures.

They're accused of forming Nguyen Social Services to file more than 1,000 false unemployment claims with California's Employment Development Department, or EDD, for people who did not qualify, alleged Spitzer.

"Including a 99-year-old applicant who indicated she lost her work as a house keeper because of COVID...when she hasn't worked for decades," said Spitzer.

The D.A. outlined three separate unrelated plots, involving 10 people altogether that he said exploited loopholes in the state's unemployment system to steal nearly $500,000 that should have gone to taxpayers in need during the COVID-19 pandemic.

"Instead this money went to six state prisoners, including two convicted murderers who claimed the COVID-19 pandemic had impacted their ability to work," said Spitzer.

"This is massive organized fraud," said California Assemblywoman Cottie Petrie-Norris. "The state needs to launch a massive and organized response."

On Tuesday at a state Assembly Budget Committee subcommittee hearing, Petrie-Norris, the Assembly Accountability and Administrative Review chairwoman, planned to question the director of California's EDD and directors from Bank of America, which has been contracted since 2010 to electronically pay out unemployment benefits, regarding the failures that led to rampant fraud.

"To be clear my priority and the priorities of the EDD team is to keep benefits out of the hands of criminals and into the hands of eligible Californians," said Rita Saenz, the EDD director.

"EDD was clearly underprepared for the type and magnitude of criminal attacks and the sheer quantity of claims," said Saenz. "We are focused on making the changes necessary to provide benefits to eligible Californians as quickly as possible and stopping fraud before it enters the system."

California has frozen 1.4 million unemployment claims as it battles fraud in its coronavirus unemployment relief program.

Beth White said her benefits stopped in December with no warning.

"We made thousands of calls (to EDD), finally got through, and she couldn't help me... said I had to wait for instructions," recalled White, a Simi Valley resident.

White said she finally got some money last week, but it's not clear if it will continue, as she tries to get more information from EDD.

She also expressed annoyance with EDD's messages while on hold.

"Some of the things they say 'We're here to help... or we've ramped up our ability to help due to the pandemic.' ...Those are very frustrating things to hear when the exact opposite is what you're experiencing," said White.

During an EDD phone update Monday, Saenz said, "We know that too many Californians are waiting on their payments and we're working quickly to validate their claims and get their benefits to them."
Report a correction or typo
Related topics:
californiagarden groveorange countyemploymentcoronavirusfraudcovid 19 pandemic
Copyright © 2021 KABC-TV. All Rights Reserved.
More Videos
From CNN Newsource affiliates
TOP STORIES