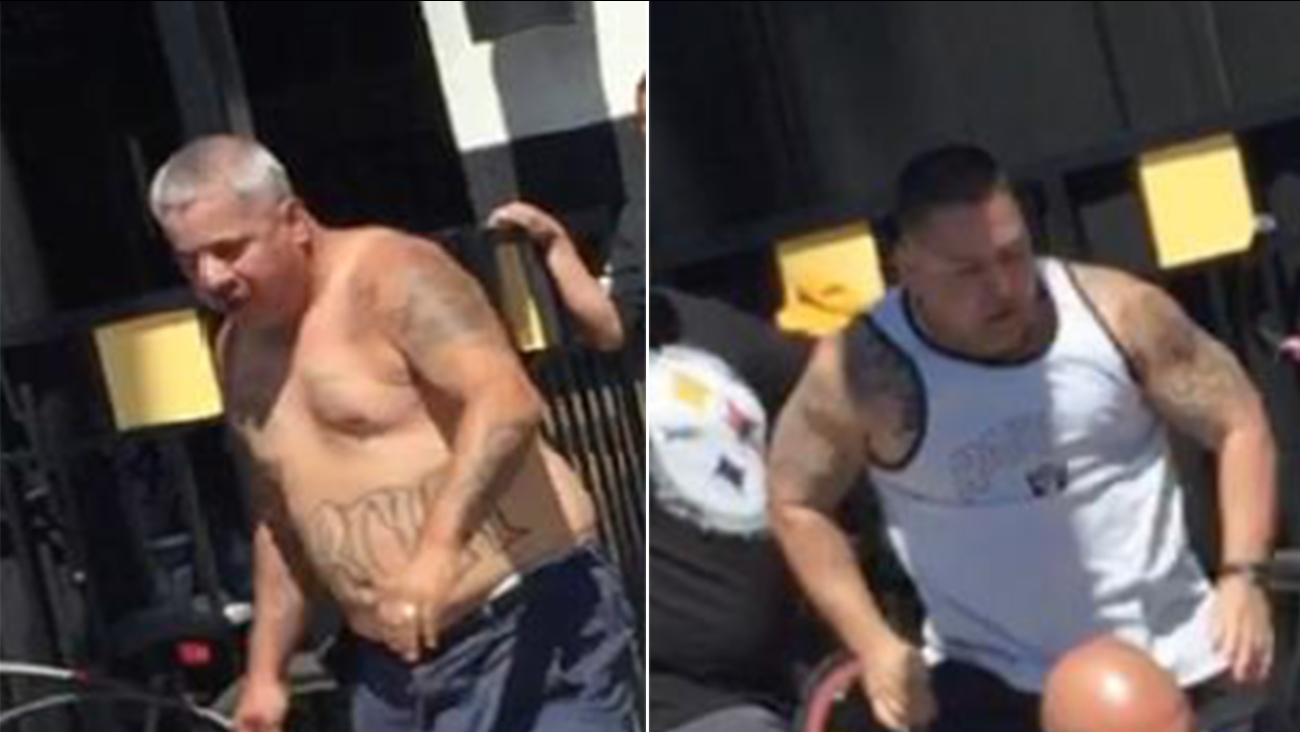 Downey police were looking to identify two men suspected of being involved in a fight outside the Buffalo Wild Wings at the Stonewood Center on Sunday, Sept. 20, 2015. (Downey Police Department)

DOWNEY, Calif. (KABC) -- Authorities are asking for the public's help in identifying two men who they believe were involved in a fight outside a Downey restaurant on Sunday.

Downey police responded to the Buffalo Wild Wings at the Stonewood Center at about 1:20 p.m. after the fight broke out.

Investigators said the two men depicted in these photographs were seen on video kicking another man who was lying on the ground.

Dave Amaro, who provided video of the altercation to Eyewitness News, said a 49ers fan attacked a Steelers fan as they watched Sunday's football game, and the fight then spilled outside of the restaurant.

Anyone with information on the identity of the two men was asked to contact the Downey Police Department at (562) 904-2308.
Related topics:
downeylos angeles countysan francisco 49erspittsburgh steelersfightcaught on camera
Copyright © 2021 KABC-TV. All Rights Reserved.
RELATED 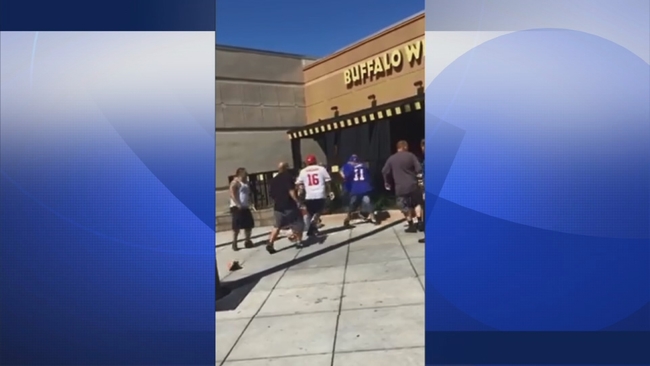