ESPN
By Nick Wagoner
ST. LOUIS -- In the category of strange delays before a game, the fire that kept the St. Louis Rams and Pittsburgh Steelers from getting started for about 30 minutes might not be the weirdest, but it's certainly one of the most unique.

"That's a first,"Rams linebacker James Laurinaitis said. "I wonder if the NFL will make a new rule about flames and pyro inside. Both teams had to roll with it. Jeff [Fisher] has been through enough that he knew exactly what to do. He did a phenomenal job leading us from that point on."

The delay came Sunday afternoon after the turf near the Edward Jones Dome's south end zone caught fire during pregame introductions. Unfortunately for the Rams, they were introducing the offense, as they could have used Laurinaitis' trademark entrance when he spits water into the air as flames shoot up in homage to the wrestler Triple H.

Instead, the team was introducing its starting offense about 10 minutes before the game when a flame from the machine that is supposed to spit fire directly in the air caught the turf.

In a statement, the Rams said the pyrotechnic cart malfunctioned, which resulted in the turf catching fire briefly.

Edward Jones Dome employees quickly ran onto the field to extinguish the fire, but the residue left a mess about 10 feet wide. Stadium employees started by trying to sweep the residue off the field, but when that didn't work, a vacuum was brought out.

Soon after, referee John Hussey announced that they were "in the process of getting the field cleaned" and that it would be "less than 10 minutes."

But that turned out to be an optimistic view as both teams went back to their locker rooms as the cleanup continued. The staff then brought out a mop and water to clean the turf up, including a yellow "Caution: Wet floor" sign.

That's why the Rams quickly called their medical staff over to monitor the process.

"I thought it was handled appropriately," Fisher said. "The most important thing that we did was we had our team physician come over and identify the ingredients on the fire extinguisher and there were toxins in there. It was toxic and it was powder and so we had to get that up because it could cause irritations for the eye. Then when we realized it was going to take a little bit of time, it made sense for us to come in and relax and then we come back out and we stretched. I thought the league handled everything very well from an officiating standpoint."

While acknowledging that both teams had to deal with the delay, Laurinaitis pointed out that it doesn't help either team to have to wait and warm up again after working itself into a pregame lather. 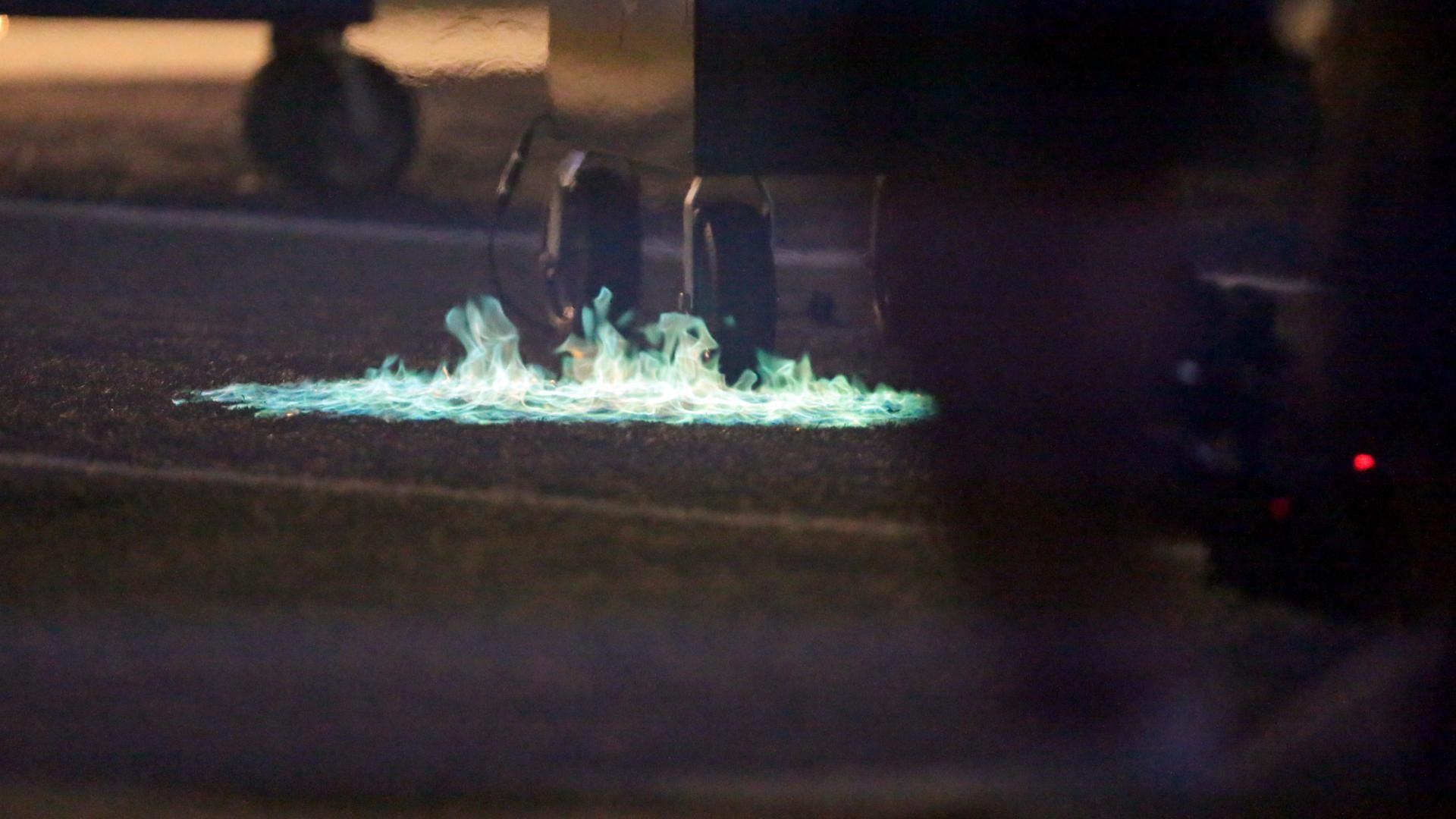