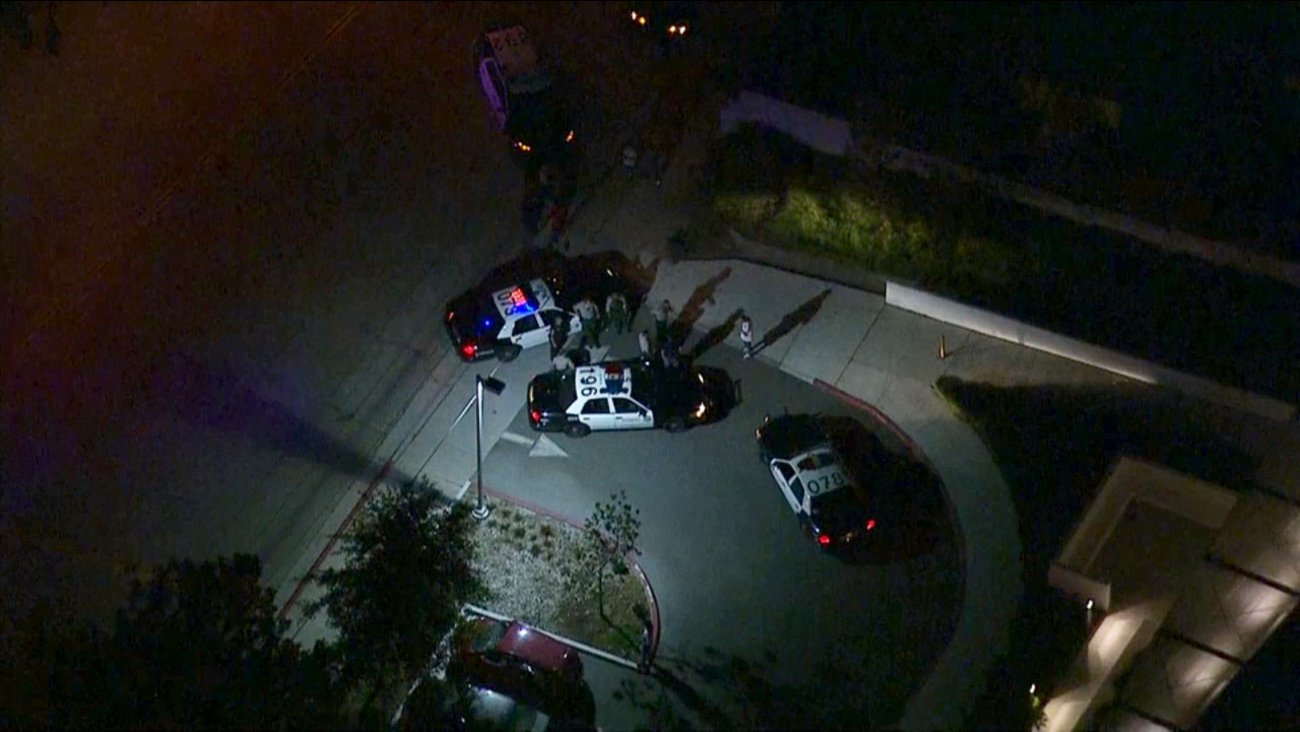 Police officers respond to a fatal shooting in Montebello on Monday, Sept. 28, 2015. (KABC)

MONTEBELLO, Calif. (KABC) -- A search is underway for a gunman after a man was shot to death along a sidewalk in Montebello.

Police officers responded to a report of a shooting at the 1600 block of Neil Armstrong Street around 6:30 p.m. Monday. They found a man shot to death on the sidewalk.

Investigators searched for the suspect but were unable to locate him. He was described as a Hispanic male in his early 20s, around 5 feet 5 inches to 5 feet 8 inches tall, with a medium build and wearing dark clothing.

Officers initially advised residents in the area to stay indoors or stay away, but that warning has since been lifted.

Investigators believe the shooting was intentional, not a random act of violence.