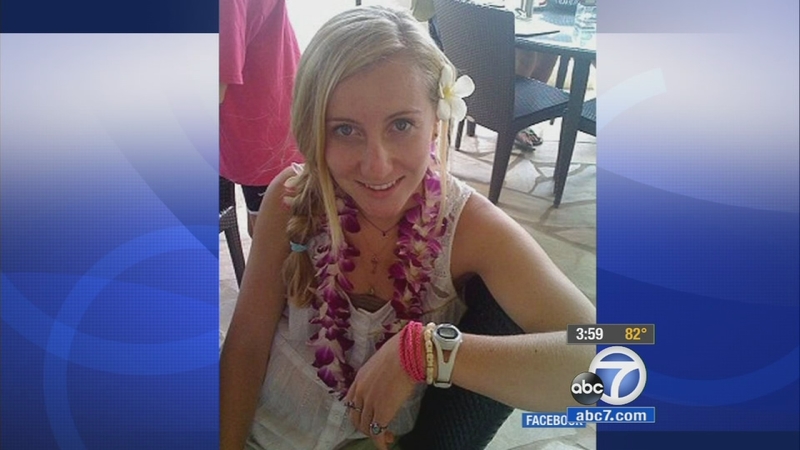 LOS ANGELES (KABC) -- Two suspects, both 22, were charged with murder Tuesday in connection to the death of a 21-year-old UCLA student and Pi Beta Phi sorority member whose body was discovered by firefighters following a fire at her Westwood apartment on Sept. 21, the Los Angeles County District Attorney's Office said.

Alberto Hinojosa Medina, of Fresno, allegedly fatally stabbed Andrea DelVesco in her apartment in the 10900 block of Roebling Street and then set it on fire.

On Tuesday, Medina, a Fresno State student, was charged with one count of capital murder with the special circumstance of murder during a robbery and a special allegation that he personally used a knife, one count of arson of a dwelling, and two counts of first-degree burglary.

Medina had burglarized another apartment in the area before entering DelVesco's apartment, officials said. The special circumstance makes Medina eligible for the death penalty.

Eric Marquez, a fifth-year undergraduate UCLA student majoring in biology, is charged with one count of murder and two counts of first-degree burglary.

DelVesco was a fourth-year UCLA student from Austin, Texas. Court documents show she had pleaded not guilty to four charges of possessing and trying to sell drugs, including ecstasy, LSD and meth. She was due in court last Friday but was killed before she could appear.

Police have not confirmed that the suspects had a prior relationship with DelVesco or with drugs. Prosecutors say the two suspects are old friends from high school.

After Tuesday's arraignment, attorneys for both men say the evidence will show their clients did not kill DelVesco.

"He's never been arrested in his life. This is a senseless crime. For somebody who's going to school, who's working, who volunteers, it's really just hard to believe that a college student with no criminal record would commit this crime," said Dmitry Gorin, Medina's attorney.

"He didn't get involved with this. He didn't know what was going on. If Mr. Medina did in fact commit this crime, he did it on his own without Mr. Marquez," said Steven Cron, Marquez's attorney.

Prosecutors say they have surveillance video and witnesses that put the two men at the crime scenes, as well as items stolen from DelVesco's apartment that were found in Medina's Fresno home.