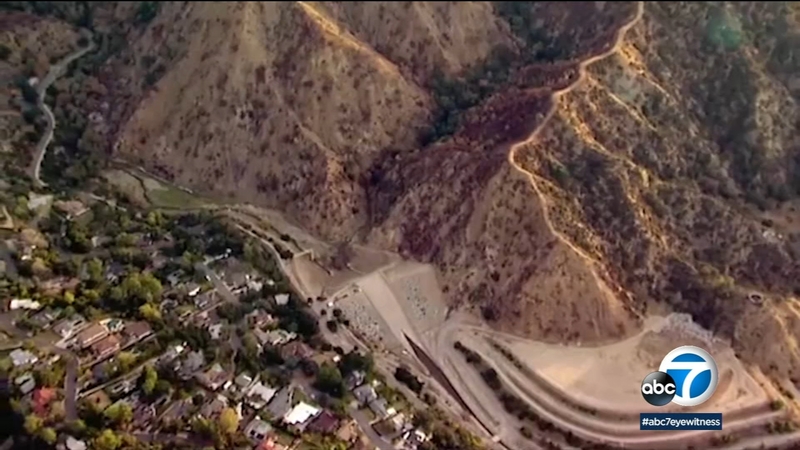 With a major winter storm system expected to pummel Southern California on Thursday, a voluntary evacuation warning was issued for the Bond Fire burn area in Orange County amid fears of possible flooding and debris flows, officials said.

The warning affected residents in Silverado, Williams and Modjeska canyons, according to the Orange County Sheriff's Department. Rain triggered mudslides along hillsides in the same are last weekend.

In a tweet, the Sheriff's Department warned residents to "stay safe as evacuation routes can quickly become impassable due to mud, debris or flooding."

On Wednesday, a video released by the OC Public Works department showed crews using an excavator to clear out roadside culverts and storm drains in preparation for the powerful storm. Sandbags were also being distributed to canyon homeowners.

A flood watch will be in effect for most of Orange County from Thursday afternoon through Friday afternoon. Forecasters said the heaviest rain there is anticipated to begin before midnight Thursday evening, continuing through Friday morning, including a chance of thunderstorms and rain rates topping a half-inch per hour.

A massive storm is moving through California. Meteorologists look at how it impacted the Bay Area, what's happening now in the Central Valley and what's about to hit Southern California.

Elsewhere in the region, a flash flood watch will be in effect Thursday afternoon through late Thursday night for the mountains and the Antelope, Santa Clarita and San Gabriel valleys, mainly affecting areas near the Lake, Bobcat and Ranch 2 burn areas. Forecasters said the areas could see rain rates of 0.75 inches per hour, potentially leading to "significant mud and debris flows.''

Canyon Park in Monrovia is closed due to the risk of mudslides and debris flow, heightened by burn scars from the recent Bobcat Fire. The Bobcat Fire charred more than 115,000 acres, burning from the foothills in the San Gabriel Valley all the way up and over through the Angeles National Forest into the high desert.

Monrovia officials are warning residents the storm is expected to be more significant than previous weather systems. The storm basins above Monrovia and the San Gabriel foothills have been cleared, ready for the onslaught of dirt and debris expected to come down from the fire ravaged hillsides.

A major storm system is expected to bring heavy rain and snow to Southern California on Thursday and Friday as an atmospheric river makes its way across the region.

Many Monrovia residents are preparing for the potentially damaging storm, placing sandbags and gravel -- which are being offered for free at several local parks -- outside of their homes.

"I just don't want to be the person that ignored warnings," said resident Brittany Kallin. "I'm not that concerned, but I don't wanna be silly and ignore what is definitely a possibility. I'm thinking optimistically, but I know I that I still have to be realistic."

Getting sandbags in the hands of canyon residents in the Bond Fire burn area. Flash Flood Watch in effect through 4 pm Friday, with up to approx. 2.5 inches of #rain expected in canyon communities pic.twitter.com/z0FVSu8ypa