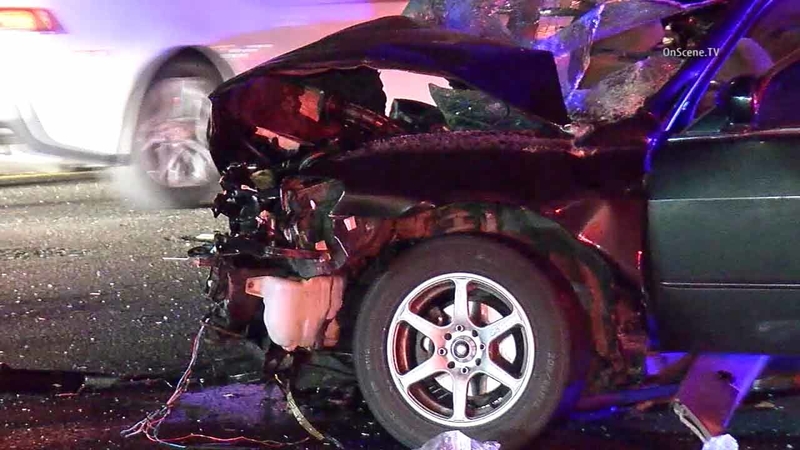 SHERMAN OAKS, LOS ANGELES (KABC) -- One person is dead following a multi-vehicle crash on the 101 Freeway in Sherman Oaks early Sunday, according to the California Highway Patrol.

The crash, involving three vehicles, happened shortly before 2:45 a.m. on the northbound side of the freeway, just east of Woodman Avenue, CHP officials said.

A man between 25 and 30 years old was pronounced dead at the scene, and another person was transported to Cedars-Sinai Medical Center in unknown condition.

Investigators said the victim, who was driving a black Honda Accord, apparently lost control of his car and slammed into the wall along the freeway, bouncing off. He came to rest in the middle of the highway, which is when a woman driving a white Lexus slammed head-on into that car. A third vehicle then hit the Lexus.

A SigAlert was issued around 3:03 a.m., and all lanes were temporarily closed at Coldwater Canyon Avenue as an investigation on the cause of the crash was ongoing.