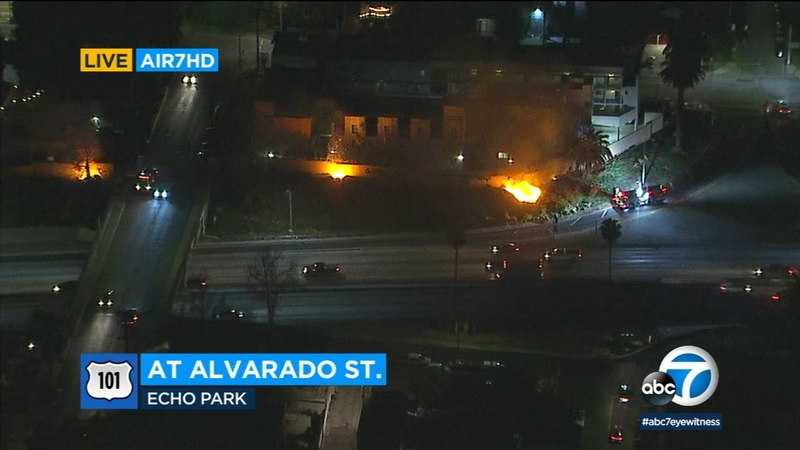 ECHO PARK, LOS ANGELES (KABC) -- Authorities believe an arsonist set a series of small fires on a hillside near the 101 Freeway in Echo Park Friday morning.

The fires were reported around 5:20 a.m. along a noise barrier wall near the Rampart Boulevard on-ramp around 5:20 a.m., according to the California Highway Patrol. The on-ramp was temporarily closed while fire crews worked to extinguish flames from the five rubbish fires.

Several structures were near the fires, but no damage or injuries were reported.

AIR7 HD was over the scene as northbound traffic slowed in the area while the fires burned and multiple fire trucks responded to the scene.

Authorities searched the area for a suspect after a person was seen running from the area, according to a report from the scene. No additional information was immediately released.