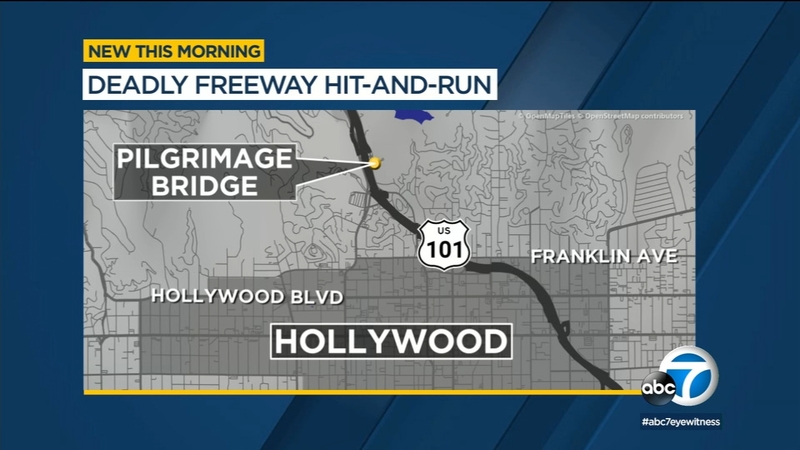 HOLLYWOOD HILLS, LOS ANGELES (KABC) -- A woman was struck and killed by a hit-and-run driver on the 101 Freeway in the Hollywood Hills area Monday morning, prompting an hours-long shut down of all southbound lanes, according to authorities.

One person died in the crash that was reported at 4:46 a.m. on the southbound 101 Freeway at the Pilgrimage Bridge, according to the California Highway Patrol.

Authorities are investigating the case as a hit-and-run incident after witnesses say the driver of a box truck struck the victim's car as she was getting out and then fled the scene. The driver of another car was also reported as striking the woman's car.

A Sigalert was issued around 5 a.m. and lanes reopened around 9:40 a.m. Before lanes reopened, CHP said traffic was being diverted off at Highland Avenue.

A hazmat team was called to the scene.

Further details about the crash were not immediately available. Authorities said the color of the box truck is red and white.