An hourslong shutdown of the 101 Freeway came right in the middle of rush hour when a distressed man climbed on a sign, and experts explain that the best approach to these sensitive incidents takes time.

DOWNTOWN LOS ANGELES (KABC) -- An hourslong shutdown of the 101 Freeway came right in the middle of rush hour when a distressed man climbed on a sign, and experts explain why the best approach to these sensitive incidents takes time.

The man on the sign shut down the freeway for more than three hours on Thursday. Law enforcement kept talking to him trying to get him down safely.

"This officer is trying to establish some sort of rapport with him and trying to find some common ground... 'Hey, what do you need? What do you want? What can we do for you?' explained security expert Bruce Thomas.

The other side of this is the incredible traffic nightmare this caused during rush hour in the downtown Los Angeles area. There were people stuck with nowhere to go. A few motorists even got out of their cars.

"All of these things are dictated by the person threatening to jump on the overpass," Thomas added.

Some people wonder if there's anything that can be done -- maybe even use a Taser -- to end these events faster.

"I think in the beginning things should be taken care of instead of letting them escalate to the point of stopping traffic and causing big problems," said L.A. resident Tracy Burns.

Mental health experts say that in these situations, even non-lethal force can be dangerous.

"First of all, tasing someone could kill him and at that point he had not committed a crime that would justify his being killed for being on a sign post," said psychiatrist Dr. Joseph Haraszti.

Haraszti says the best approach takes time. He believes there's also a deeper issue in all these incidents.

"I think in this case there's also an element of a cry for help. I think he wanted people to know that he was suffering, that he was distressed, he was in despair," he added.

For law enforcement, it's a difficult balancing act. The public's safety is also at stake if the situation gets out of control.

"I know it's frustrating for the motorists, believe me, I've been in a situation like that, but there's nothing we can do to expedite this type of incident," Thomas said.

Law enforcement officials say in these cases, it's always about saving lives, and that's why they must take their time to make sure everything turns out safely. 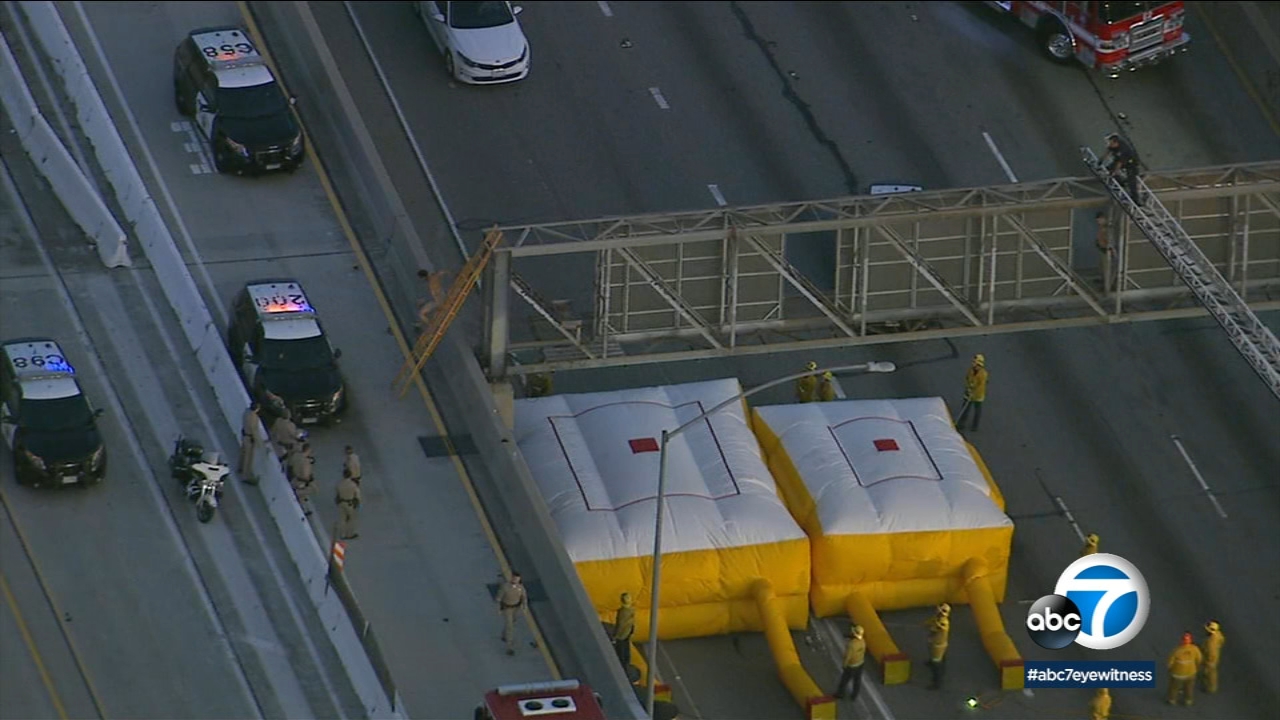