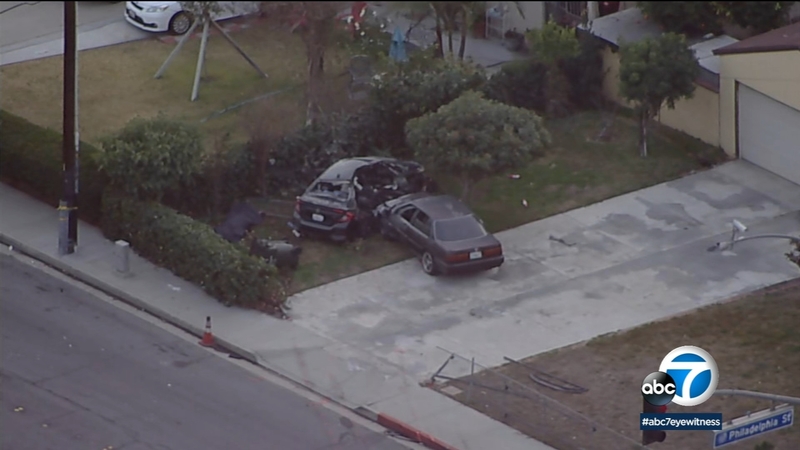 POMONA, Calif. (KABC) -- An innocent driver was killed after a suspect fleeing police crashed into the victim's vehicle in Pomona Wednesday, police said.

Pomona police say they attempted to pull over the suspect for some type of vehicle violation at around 4 p.m., but the driver took off.

The suspect went through the intersection of San Antonio Avenue and Philadelphia Street and crashed into another vehicle, killing the innocent driver, according to police.

The suspect fled the scene and was later taken into custody.

Footage from AIR7 HD showed one car with extensive damage on its side and another damaged car beside it near a home's driveway.

It was unknown if more people were hurt in the crash.