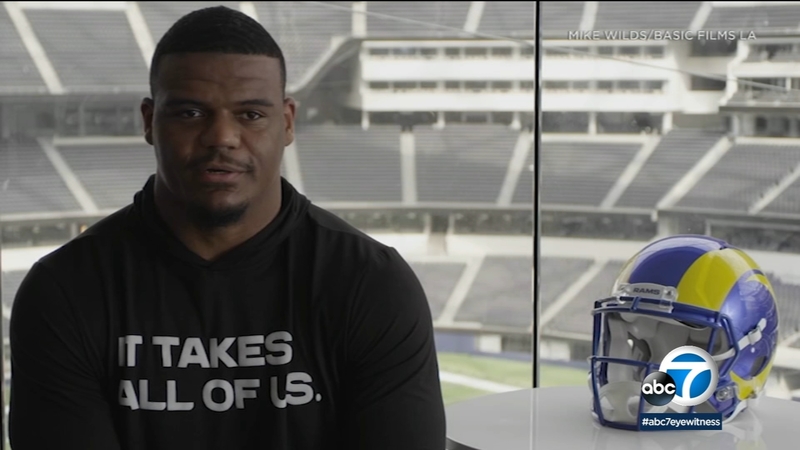 LOS ANGELES (KABC) -- The history of social activism in sports runs deep, and players have used their platform to spotlight injustice.

It was 2017, when racial tensions boiled over in Charlottesville, Virginia. Kiser found himself at a crossroads. He was playing for the University of Virginia, a team with players from all walks of life.

The tensions of the time could have easily boiled over into the team. The Rams linebacker felt a need to step forward. So he invited UVA players, coaches, students and residents to link arms in a show of solidarity for inclusiveness and diversity.

"I was ready for it. I had prepared my whole life to be a leader... and I relish those moments," said Kiser.

Kiser is proud of his time in Charlottesville and his role with the team. But it is something that only came with making an effort to understand not everyone sees the world like him.

"I think that's important just having that sense of empathy for other people, where they come from, being able to see their background, and me always wanting to educate myself, and learn about 'Why is it like this?'" said Kiser.

In celebration of Black History Month, the Rams showcased Kiser's story and worked with a videographer from Basic Films LA to produce a short film about his social activism.