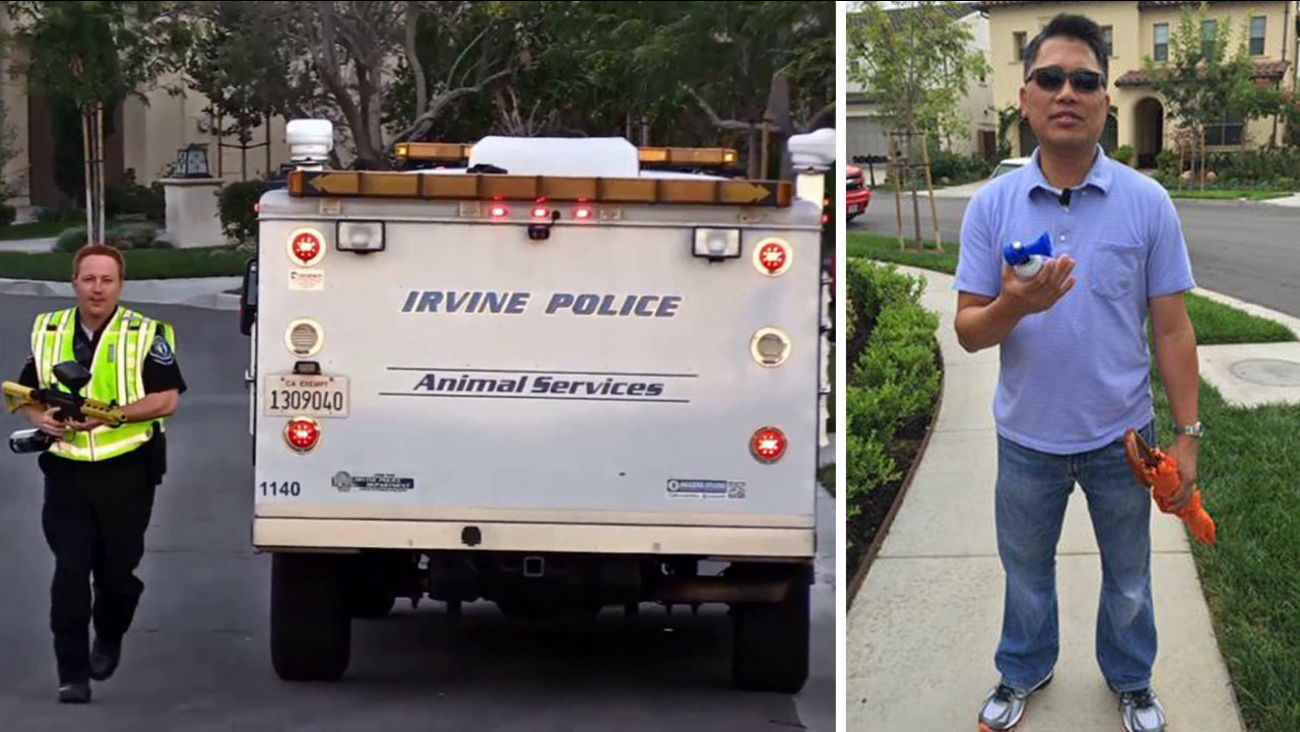 Irvine authorities and residents are on alert after the most recent coyote attack on Wednesday, Oct. 15, 2015.

IRVINE, Calif. (KABC) -- California Fish and Wildlife officials say they're working with professional trappers after a coyote attacked a father and his 3-year-old son in Irvine Wednesday night.

The attack happened in the first block of Forbes in Irvine, shortly before 6:30 p.m.

Authorities said the man was working in his garage when the coyote bit the toddler in his right knee. The boy then jumped to his father's back and then the animal bit the 40-year-old man in the right side of his buttocks.

"All of a sudden his son jumped on his back. He thought his son was just playing and when he got up, he realized his son was bit by a coyote," said Orange County Fire Authority Captain Steve Concialdi

Neighbors scared away the coyote and the animal has yet to be found.

The victims' injuries are minor but wounds were tested for rabies and other pathogens.

Just half an hour before the attack, neighbor Nelson Calimquim, who lives just a few houses down, says a coyote tried to pounce on him and his 7-year-old Yorkshire terrier named Teddy while they walked in the neighborhood.

He said carries an umbrella and an air horn hoping it would be enough to scare off a coyote.

"I sounded it and the coyote was not even spooked," said Calimquim.

He said his dog had already survived a coyote attack.

Since May, coyotes have attacked six people in Irvine, which have been mostly children.

Authorities said the incidents are happening in newer neighborhoods that are close to open spaces.

Concerns are growing so much, Animal Services officers armed with yellow paintball guns to scare off coyotes started regular patrols in September.

"We're also really encouraging residents to haze coyotes on their own," said Emami. "Make yourself appear bigger by waving your arms, shouting, yelling, stomping your feet."