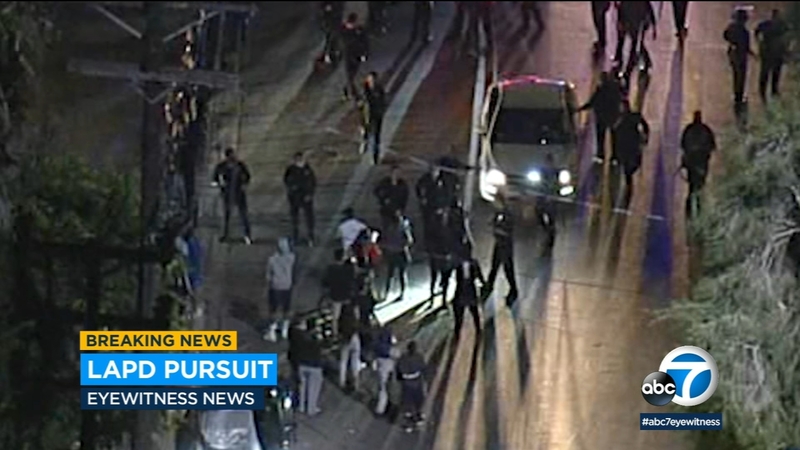 Suspect in custody after chase in South LA area

SOUTH LOS ANGELES (KABC) -- A suspect believed to be wanted for assaulting an officer and other charges was arrested after leading LAPD on a chase around the South Los Angeles and downtown areas Monday night.

The chase began in the South Park neighborhood of South Los Angeles around 8 p.m.

The suspect was wanted for multiple warrants and possible assault on a police officer. He declined to yield for LAPD Metro units who tried to pull him over.

A suspect believed to be wanted for assaulting an officer and other charges led police on a chase around the South Los Angeles and downtown areas Monday night.

The suspect fled LAPD officers, circling around the neighborhoods for some time before jumping on the 110 Freeway and then the 10 briefly before exiting back onto surface streets near downtown.

Officers were deploying spike strips and at one point it appeared he may have run over one, damaging at least one tire.

Eventually - about 45 minutes after the chase started - the suspect slowed down and then stopped in the road in the area of Wall and 46th streets.

He stayed in his car momentarily as a crowd gathered on the street in the front of the vehicle. Several members in the crowd gathered, filming the scene with their phones.