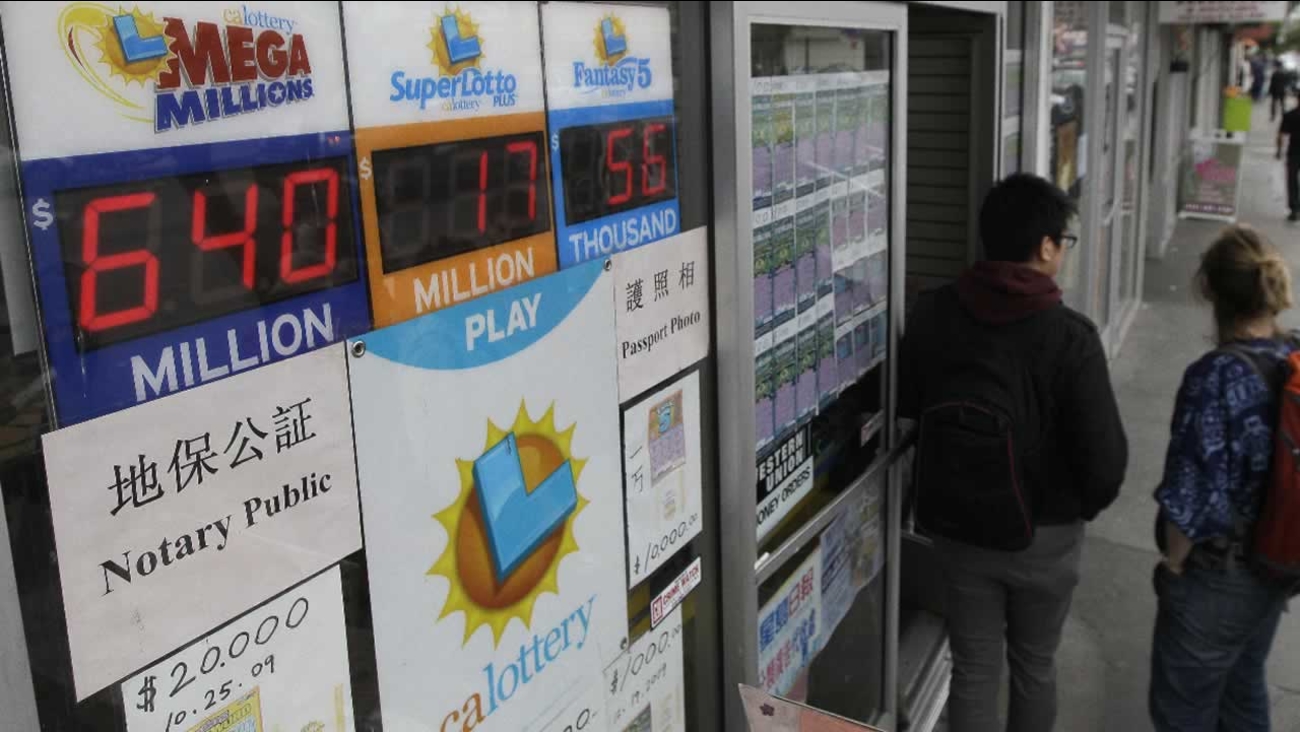 A man and woman who both wished to remain unidentified wait in line to buy MegaMillions lottery tickets outside of The Lucky Spot in San Francisco, Friday, March 30, 2012. (AP Photo/Jeff Chiu))

Winner Miguel Romo and his co-workers found out Wednesday night that the group's ticket matched all six numbers from the Oct. 14 drawing, according to a press release from California Lottery.

Romo said in the release that he got a call from Overland Liquor, where the ticket was purchased. The retailer told Romo his shop sold the winning ticket and advised him to check his numbers.

The group works for a company that does apartment maintenance, and they've been pooling their money twice a week for around three years in hopes of winning the big one.

The group plans to take the lump sum amount of $4.5 million, which ends up being $300,000 before taxes when split 15 ways. The lucky 15 claimed their winnings on Thursday. Romo says he plans to buy a house for his family and invest it wisely for his children.

The owner of Overland Liquor received $35,000 for selling the winning ticket. 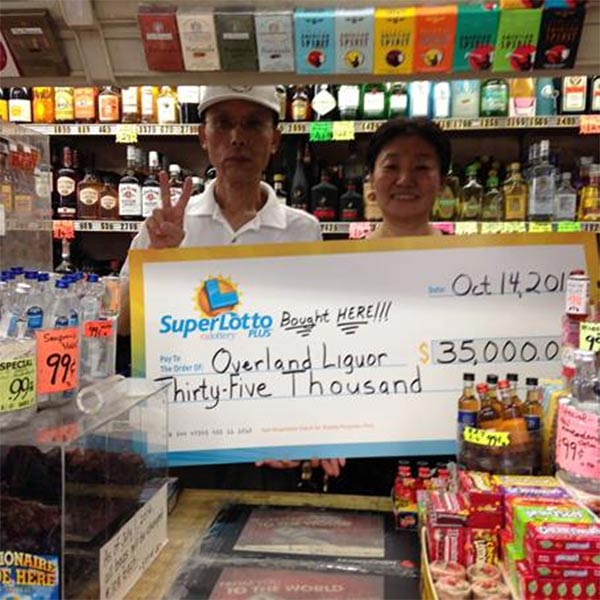 The owners of Overland Liquor hold up their $35,000 check for selling the winning ticket for the SuperLotto Plus for the Oct. 14, 2015 drawing.