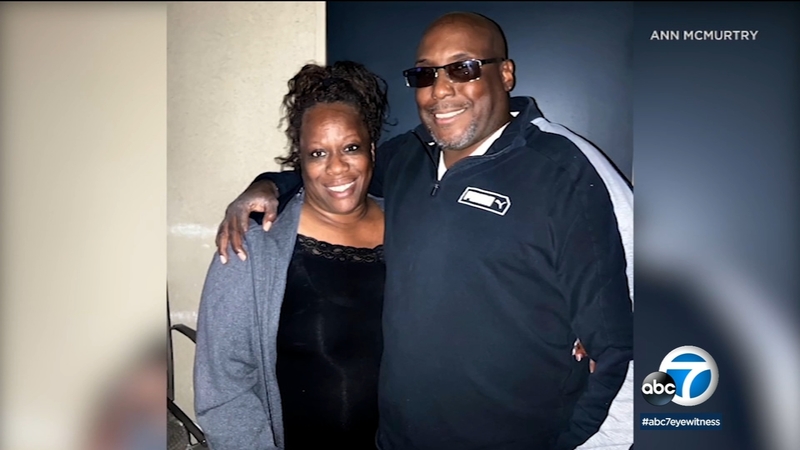 SAN BERNARDINO, Calif. (KABC) -- The California Highway Patrol is facing a $15-million lawsuit by the family of man who was shot and killed by one of its officers last month.

On Thursday, the family of Charley McMurtry filed a claim against the CHP for negligence and wrongful death.

"They took him, they took my love, my person," said Ann McMurtry.

The McMurtry family with their attorney held a press conference to announce the claim. On Feb. 5, McMurtry's family said he suffered a mental health breakdown while driving with his wife along the I-10 freeway in Upland.

The 10 Freeway was reopened in Upland, more than 12 hours after a California Highway Patrol officer shot a man who authorities said was armed with a knife.

"He was calling out for help and was in need of help. He started to cut himself with a knife," said John Sweeney, the family's attorney.

McMurtry was a Marine Corps veteran who served three years at Camp Pendleton as a diesel mechanic. His wife says he suffered PTSD as a result of his service. She claims after he slashed himself she pulled over and called 9-1-1 for help.

"When he got out of that car I was expecting him to be treated with respect and dignity for the sake of all of us or some of us... he was in a deep crisis and they shot him," said McMurtry.

At the time of the incident, the CHP said officers shot McMurtry after he aggressively approached officers and failed commands to drop the knife he was carrying.

"This officer put himself in this position. All he had to do was stand back and wait for the professionals to come," said Sweeney.

The CHP has 45 days to respond to the claim before attorneys for the family file a lawsuit.