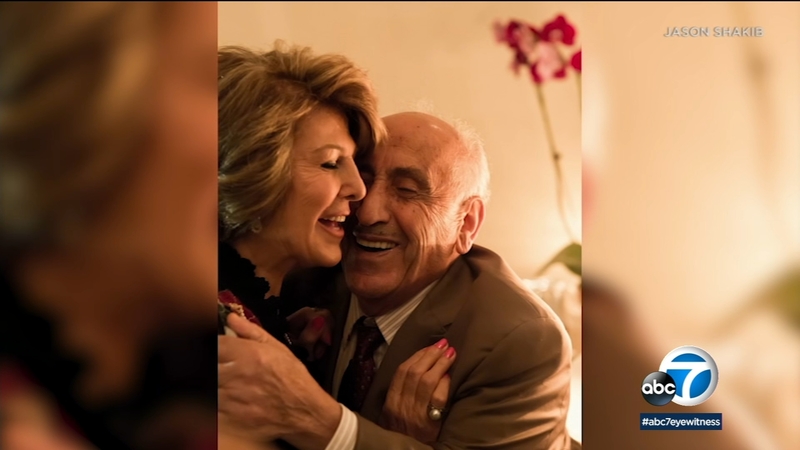 Suspect arrested in murder of 102-year-old man in Encino

ENCINO, LOS ANGELES (KABC) -- A 102-year-old man was found dead in an Encino home Thursday, and a suspect has been booked on suspicion of murder in connection to the brutal killing, according to police.

Police and paramedics found the victim at a home in the 17700 block of Alonzo Place around 12:50 p.m. The 102-year-old man was dead at the scene inside his home with numerous contusions and lacerations, police say.

A 102 year old grandfather is murdered by an axe wielding suspect who terrorized an Encino neighborhood injuring a second victim.
Stunned family members speaking out tonight
Remembering a man who dedicated his life to his family.#encino #murder @ABC7 pic.twitter.com/oOw9V39elr

Mahboubian was found less than an hour after officers had responded to an assault call in a nearby neighborhood and placed a man in custody.

Multiple reports were received of a suspect with a machete and knife who was walking around the neighborhood with a dog and had possibly assaulted someone, according to the Los Angeles Police Department.

At 11:50 a.m., officers were dispatched to the 4400 block of Coronet Drive in Encino for an assault with a deadly weapon. They found a suspect at the scene and took him into custody without further incident, and recovered an axe and a knife.

One person sustained minor injuries for that assault and did not have to be hospitalized.

The assault suspect, identified as 47-year-old Adam Dimmerman, was arrested on suspicion of murder in connection to Mahboubian's slaying. He is being held on $2,000,000 bail.

"My wife is horrified to hear he was murdered by some ax-wielding psychopath," Shakib said. "He must have been deranged, or on drugs or something."

"I thought he fell. I had no idea. They told me he fell in the garage and my cousin came home and found him," Shakib said. "I just thought he slipped and fell because he was an older man. I had no idea there was a guy with a machete running around killing people."

Mahboubian's grandson says he was dedicated to his family and his wife of 65 years.

The couple lived in the quiet neighborhood for decades.

"He came to this country from Iran decades and decades ago, and they've been living peacefully on Alonzo Place for 30 years," Skakib said. "This is heartbreaking."