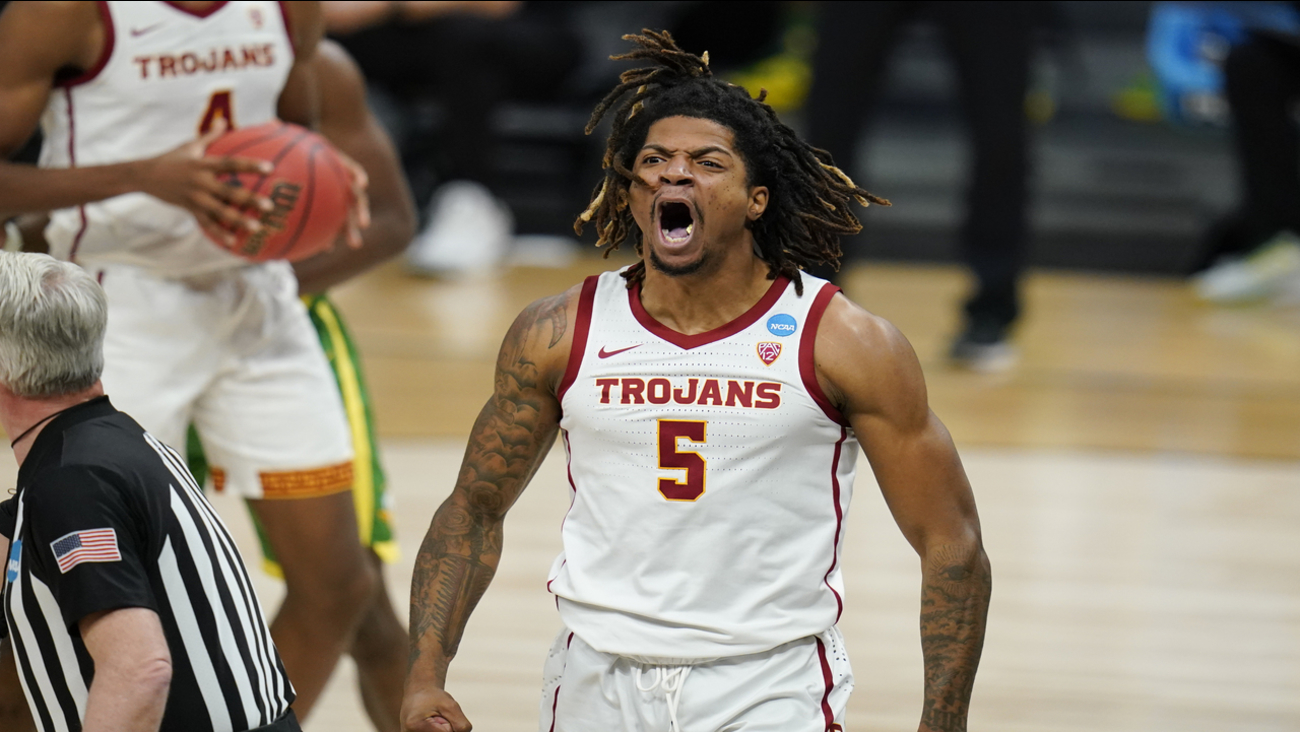 INDIANAPOLIS,Ind. (KABC) -- USC is advancing to its first Elite Eight round in the NCAA men's basketball tournament since 2001, after dominating Oregon throughout Sunday's matchup.

The No. 6 Trojans will next face No.1 seed Gonzaga on Tuesday.

The game was the first ever Pac-12 matchup in the NCAA men's basketball tournament.

Behind Isaiah White's 22 points and Tahj Eaddy's 20, USC led most of the way, at one point opening up a 21-point gap and eventually ending in a final score of 82-68.

With an earlier win by UCLA, the Trojans and the Bruins are both in the Elite Eight at the same time for the first time ever. If both advance they will face each other in the Final Four.

The Trojans are led by freshman Evan Mobley, a San Diego native who leads the team in points (16.5), rebounds (8.8) and blocks (3) per game.

Mobley was named the 2020-21 Pac-12 Player of the Year, Freshman of the Year and Defensive Player of the Year on March 9. He became the first Pac-12 player to win all three awards in a single season and joined Anthony Davis of Kentucky (2011-12) as the only other major conference player to accomplish the feat.

The No. 7 Oregon Ducks (21-6) are coming off a 95-80 dismantling of No. 2 seed Iowa on March 22. The Ducks advanced out of the first round by no contest as VCU had positive COVID-19 tests within its program. All five Oregon starters average double figures in points, led by guard Chris Duarte at 17.0 points per game.
Report a correction or typo
Related topics:
sportsmarch madnessuclacollege basketballncaaucla bruins
Copyright © 2021 KABC-TV. All Rights Reserved.
More Videos
From CNN Newsource affiliates
TOP STORIES