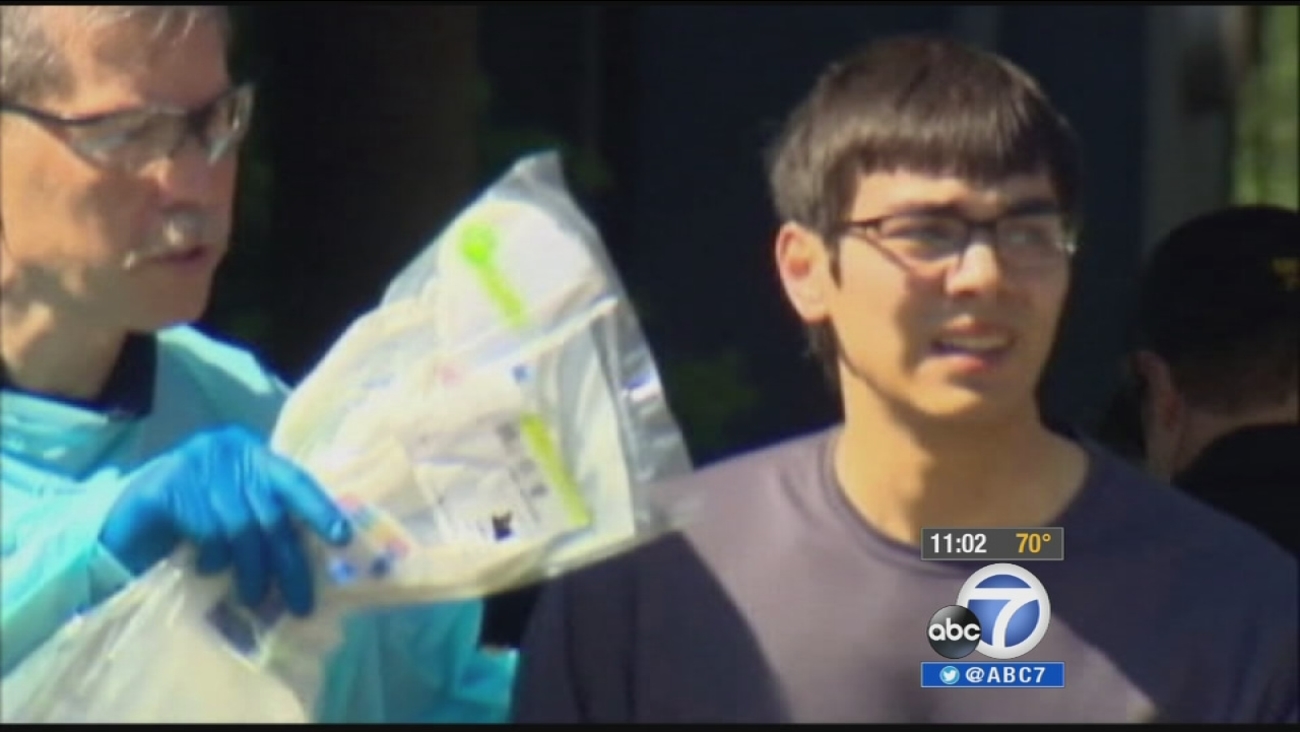 The student building monitor, Jon Meis, who witnesses said took down a gunman at Seattle Pacific University is seen with first responders on Thursday, June 5, 2014. (KABC)

SEATTLE -- College student Jon Meis, who has shied away from the spotlight since he ended a Seattle campus shooting by pepper-spraying the gunman last week, said Monday it's hard to accept his status as a hero.

Meis, 22, and his family have declined media requests since the shooting, with relatives going as far as to ask his high school not to grant interviews about him.

But on Monday, Meis issued a written statement through Seattle Pacific University, where the shooting occurred Thursday. He said he's praying for the victims, that the tragedy deepened his respect for the work of first responders, and that the gunman appeared to be a sad, troubled young man, not a monster.

"I know that I am being hailed as a hero, and as many people have suggested I find this hard to accept," he wrote. "I am indeed a quiet and private individual; while I have imagined what it would be like to save a life I never believed I would be put in such a situation. It touches me truly and deeply to read online that parents are telling their children about me and telling them that real heroes do

Meis is a dean's list senior at the small, Christian college in a leafy neighborhood north of downtown Seattle. He was working as a building monitor when the gunman walked into Otto Miller Hall and began firing a shotgun.

A 19-year-old student was killed and two others injured, and authorities say the carnage almost certainly would have continued had Meis not acted by spraying and tackling the shooter while he reloaded.

Meis credited "God's grace" for enabling him to stop the shooter, whom police have identified as Aaron Ybarra, 26, of the north Seattle suburb of Mountlake Terrace.

"When I came face to face with the attacker, God gave me the eyes to see that he was not a faceless monster, but a very sad and troubled young man," Meis wrote.

Meis said he's not ready to forgive him, but added: "I truly desire that he will find the grace of God and the forgiveness of our community."

Ybarra is being held without bail and has been on suicide watch at King County Jail. His lawyer says he's sorry about the shooting and that he has a long history of mental problems.

Ybarra had at least 50 additional shotgun rounds, and after he was arrested he told investigators he planned to kill as many people as possible and himself, police said.

Meis also said he has been overwhelmed by generosity and support. An online campaign has raised about $50,000 for him, and supporters bought items on a wedding registry for Meis and his fiancee.

He requested that any future donations be directed to the victims of the shooting through Seattle Pacific.