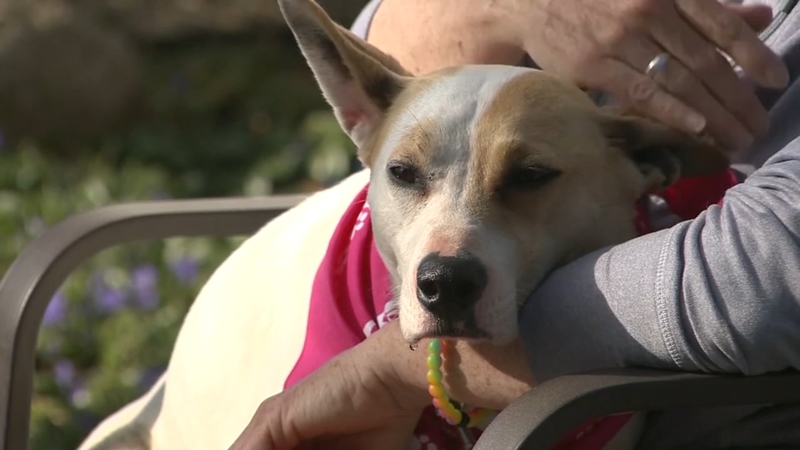 MILLBURY, Mass. -- A lost dog that had to survive on its own for nearly five years in Massachusetts has been reunited with its owner.

The Basenji mix named "Bay" went missing in Framingham in June 2016, according to her foster owner, Renee Perry. The dog was just a puppy at the time and was being watched by a sitter, WCVB reported.

Last week, Perry said she received a message that didn't quite register with her at first.

There were reports of a dog wandering in Needham in 2019, but the woman who reported it thought it was just a neighborhood dog. But two years later, the same woman noticed the same dog had come back.

"She posted last week that the dog was coming to her yard regularly, every day, either nighttime or morning," said Danielle Matthew, a volunteer with the group Missing Dogs Massachusetts.

Missing Dogs Massachusetts and Needham Animal Control set up a kennel trap in that woman's backyard and were able to safely capture the dog after a few days.

The volunteer group learned the dog had a microchip and discovered it was Bay. The group was able track down the rescue she was from and ultimately contact Perry.

"We had no expectation of that. We were just blown away," said Deb Newport, also of Missing Dogs Massachusetts.

"We weren't sure if, once we trapped her, that if she would have a license and it would come back that she lived a few streets away and was just allowed to roam," Matthew said. "It wasn't until we saw her in the kennel and saw that she was in rough shape, but we had no idea it was this."

Bay has been examined by a veterinarian and was deemed healthy. She is doing well and comfortably resting by Perry's side.