David Oyelowo steps behind the camera for the first time, adds director to his title for new film, 'The Water Man' 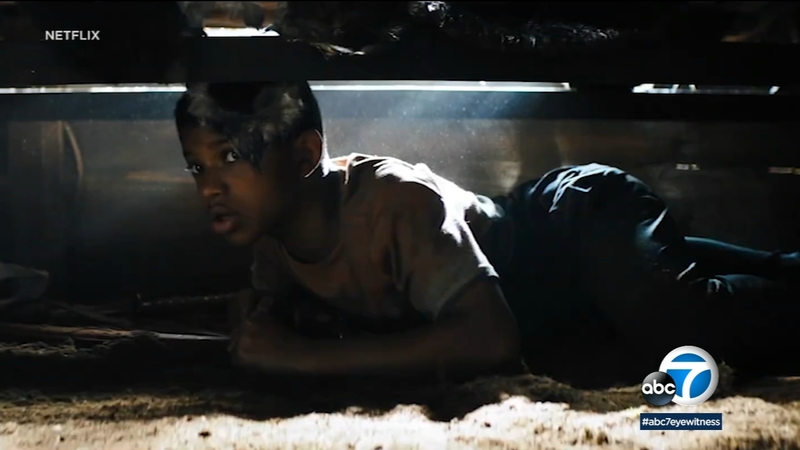 HOLLYWOOD -- Over his 20-plus year career, actor David Oyelowo has played a wide variety of characters. Oyelowo does triple duty as actor, producer and director of the new film, "The Water Man." He says it's reminiscent of such beloved movies of his own youth, like "E.T. The Extra-Terrestrial," "The Goonies," "Stand by Me." He hadn't originally expected to work that hard, but fate stepped in.

"Obviously the acting is my day job and originally I wasn't going to direct, just produce and act, but we lost out director so I stepped in. It came unexpectedly but I'm so glad," said Oyelowo. "Sometimes you just have to feel the fear and that's what I did."

In "The Water Man," young actor Lonnie Chavis stars as a creative pre-teen who sets out on a quest to save his ill mother, played by Rosario Dawson. He believes a mythical story about a mountain man who has found the secret to immortality. If he finds "The Water Man," he might be able to save his mother.

"One of the things I really wanted to showcase was how love can triumph over so many of the challenges we face in life," said Oyelowo. "Whether its loss, dysfunction, or the confusion of being a kid in a world you don't yet fully understand."

Behind the camera, Oyelowo says he's been influenced by every director he's ever worked with in his career: from Steven Spielberg to Lee Daniels to Ava DuVernay.

"I always knew I wanted to direct, so I've been watching, and I've worked with some really truly great ones," said Oyelowo. "I've taken from each and every one, treated it as my film school really."