Victim ejected onto 5 Freeway sign after crash near Griffith Park

The fatal crash happened near Colorado Street around 7 a.m. when Richard Pananian of Burbank was driving on the southbound side of the freeway at high speeds, hitting one vehicle with three passengers, according to the California Highway Patrol. The people in the second vehicle were OK, police said.

Authorities said the Pananian's Ford Focus rolled several times, and the driver was catapulted onto the sign. CHP said he was not wearing a seatbelt. Pananian was pronounced dead at the scene. 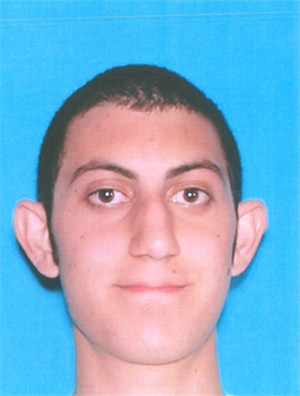 Richard Pananian is seen in this photo from the California Department of Motor Vehicles.

Thousands of motorists saw the disturbing sight as they drove by on the southbound 5 Freeway near the 134 Freeway split.

Los Angeles firefighters had to figure out how to remove the body.

CHP shut down all lanes of the southbound 5 Freeway for nearly 15 minutes as firefighters lowered the body, which was covered in a white sheet.

The freeway was back open and cleared around 11 a.m. after lanes were shut down for hours for the investigation.