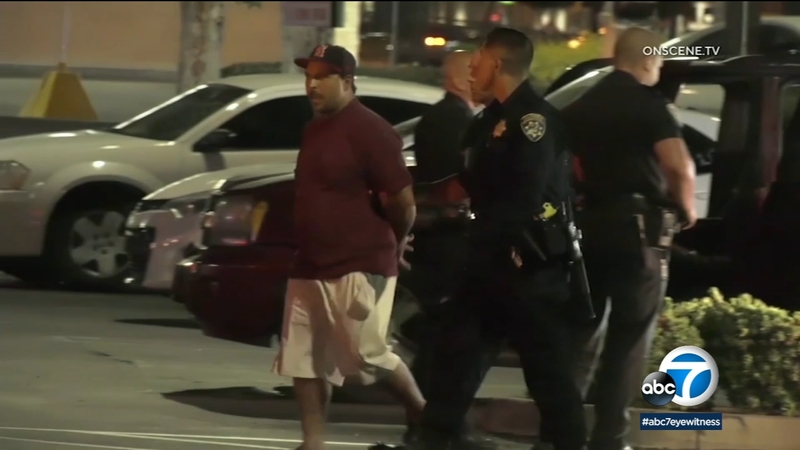 Arrest made in string of BB gun shootings on 91 Freeway

The suspect was taken into custody Tuesday evening after a traffic stop near the 91 Freeway and Tyler Street, near the Galleria at Tyler shopping mall, according to the Riverside Police Department. The California Highway Patrol identified the suspect as Jesse Leal Rodriguez.

Rodriguez was arrested for his alleged involvement in recent shootings on the 91 Freeway, and he was booked into the Robert Presley Detention Center in Riverside on charges of assault with a deadly weapon, according to the CHP. He is being held on $750,000 bail and expected to make his first court appearance Friday morning.

A spokesperson for the agency told ABC7 that the traffic stop on Rodriguez was conducted based on information that the CHP had broadcasted about a new shooting that may have occurred Tuesday along the freeway in Riverside.

Three more vehicles were struck by BBs or pellets in separate incidents on the 91 Freeway, prolonging a disturbing and dangerous trend that has plagued Southern California freeways recently.

News video from the scene showed investigators examining a red Chevrolet Trailblazer SUV with no visible license plates. Police said it matched the description released by the CHP.

It's unclear to authorities if Rodriguez is responsible for other shootings, if he has an accomplice or if there are multiple copycats shooting out windows.

"We're very fortunate that up until this point, it didn't end in someone getting hurt. This definitely had the potential for it," said CHP officer Ramon Duran. "We're glad that someone is in custody for this recent strand of BB gun shootings."

The Santa Ana Police Department took a report of another BB gun shooting in the Tustin area after Rodriguez was arrested.

"Further investigation is actively being conducted to confirm if this individual is the suspect associated with the recent series of BB gun incidents that have been occurring in Riverside, Orange, and Los Angeles counties the last two months," CHP said in a news release.

The arrest comes after at least three other similar shootings were reported on Tuesday.

One was reported in Anaheim shortly after 6 p.m. on the eastbound side of the 91 Freeway. Investigators found a BB or pellet lodged in a driver's-side window on the victim's vehicle. No injuries were reported.

Other shootings were reported on the 91 Tuesday morning, and on the 15 Freeway near Hidden Valley Parkway.

In total, more than 100 pellet gun shootings have been reported along the 91 Freeway over the past month, stretching from Riverside into L.A. County. No serious injuries have occurred during the string of incidents.

CHP has repeatedly said that BB gun shootings do happen along Southern California freeways - although 100-plus incidents in the span of a month is unusual.

There were no reported freeway shootings overnight Wednesday.