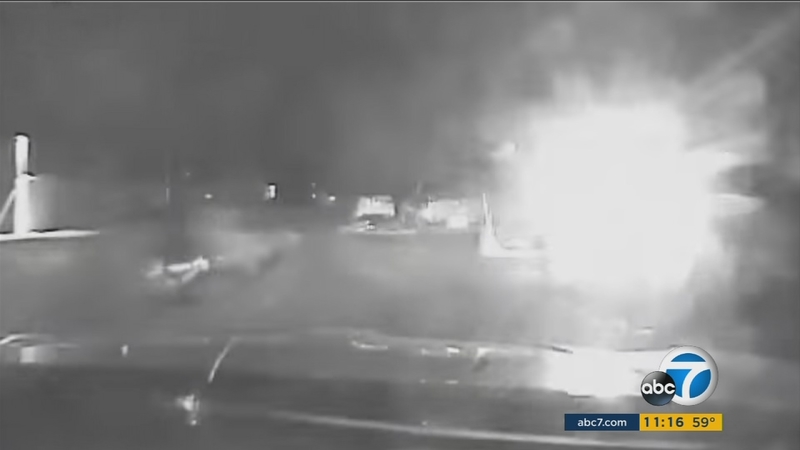 The deputy's dashcam captured it all as he chased an armed and dangerous suspect on Stock Island in the Florida Keys.

That suspect crashes into a stop sign, and when the deputy ordered him to get out, the suspect emerged with a gun.

The deputy was struck but was saved by his bulletproof vest.

The pursuit suspect was seen able to back out and speed away as the deputy and another officer unload their weapons at the suspect's fleeing car.

It was then that the first deputy noticed he was hit.