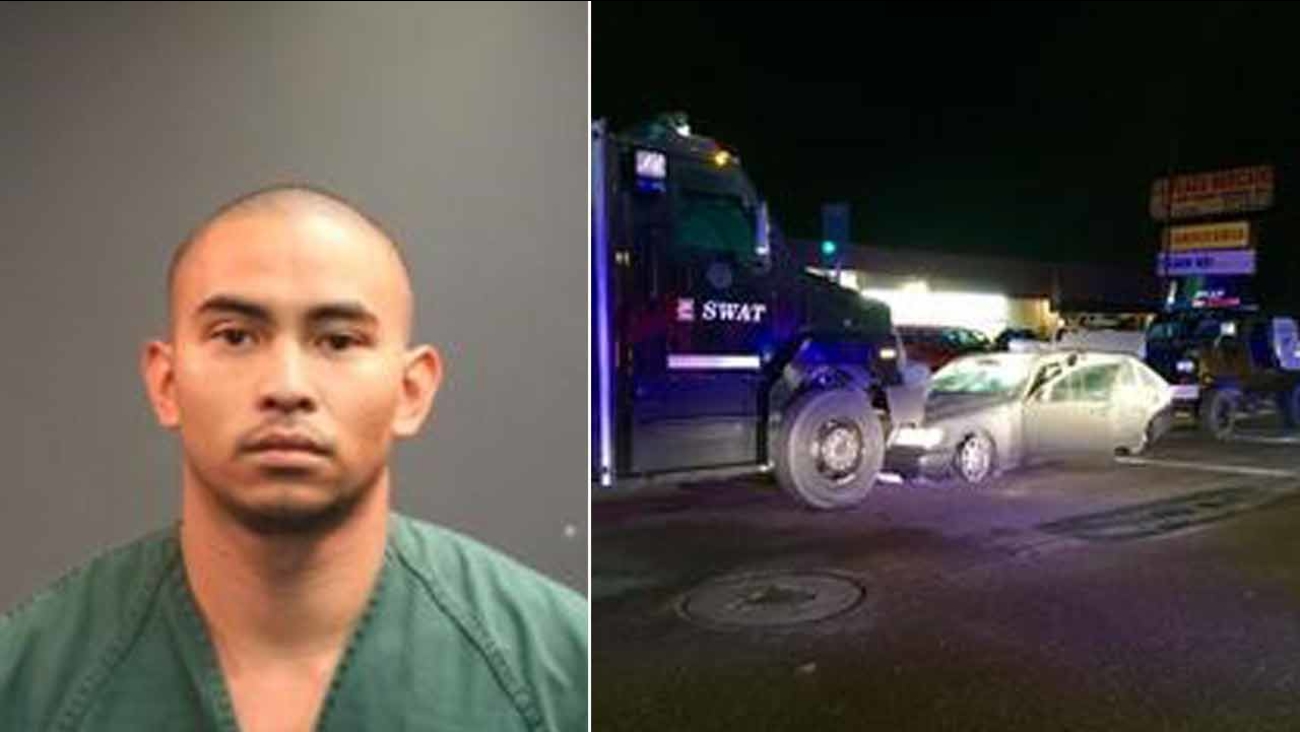 Jimmy Hoang Truong, 28, was taken into custody around 2:45 a.m. after a slow chase began at 7:30 p.m. Saturday night, according to Santa Ana police.

Authorities said police tried to stop the driver for failing to yield on McFadden Avenue and Euclid Street when the pursuit began.

The Truong fired multiple shots during the chase, and the pursuit ended at 5th and Euclid streets after the suspect's car was disabled by a spike strip.

Shortly after, a standoff began and Truong threatened officers with his weapon and expressed he wanted to commit suicide while refusing to exit his vehicle, according to authorities.

Eventually, officers convinced the driver to give up.

Santa Ana police said they did not fire any rounds or use any force. No injuries were reported.

Truong was transported to the Santa Ana Police Department Jail where he was booked on numerous felony charges, including attempted murder on a police officer and possession of a stolen firearm.
Related topics:
santa anaorange countypolice chasearreststandoff
Copyright © 2021 KABC-TV. All Rights Reserved.
More Videos
From CNN Newsource affiliates
TOP STORIES