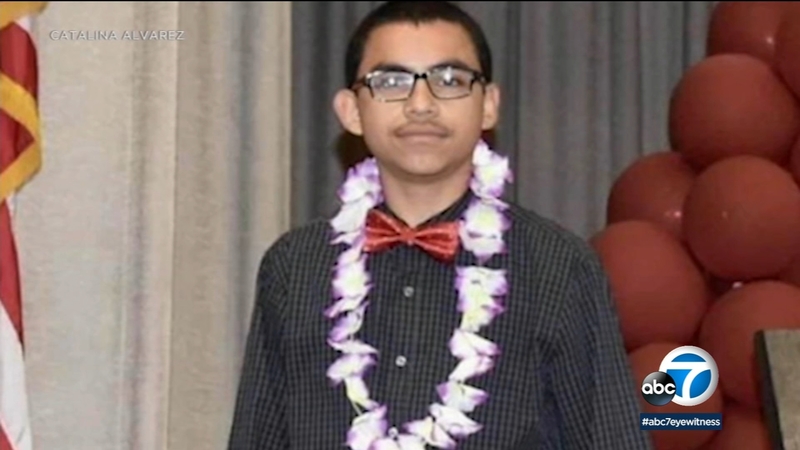 POMONA, Calif. (KABC) -- The Pomona father and stepmother accused in the death of a teenage boy both pled not guilty to charges of murder and torture on Tuesday.

Authorities say a Pomona woman abused, tortured and then killed her 16-year-old stepson, while the boy's father did nothing to prevent the abuse.

The boy's father, 32-year old George Almaraz Flores, was initially charged with child abuse under circumstances or conditions likely to cause injury and death. Officials have said he was aware of the abuse and did nothing to stop it or seek medical attention for his son.

After the initial arrest, he had been released on his own recognizance with electronic monitoring.

After Tuesday's court appearance charges were added of murder and torture and Almaraz Flores was taken back into custody on $2 million bail. Prosecutors say there was at least one instance where he also struck his son.

Authorities also initially said there was no evidence that abuse was committed against the five other children in the home. But a new criminal complaint against Grajeda filed this week lists additional misdemeanor counts of child abuse against at least three other juvenile victims.