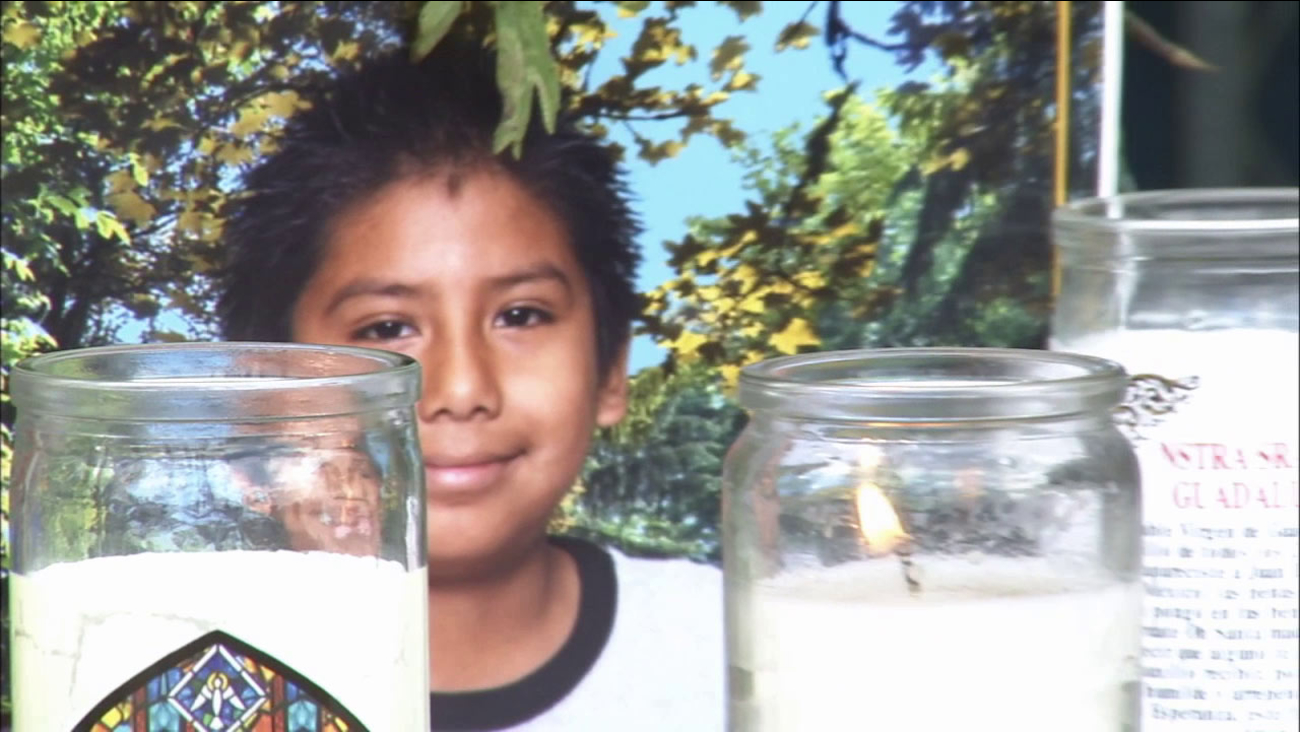 A photo of a slain teenager was placed at the scene of a shooting in the Pico-Union neighborhood on Sunday, Nov. 8, 2015. (KABC)

LOS ANGELES (KABC) -- The teenager who was killed in a shooting in the Pico-Union neighborhood this weekend has been identified.

The coroner's office identified 15-year-old Eric Nicanor as the boy who was shot and killed near Hoover Street and Venice Boulevard on Sunday night.

A 16-year-old boy was also critically wounded in the shooting and transported to Children's Hospital Los Angeles. Authorities said the two boys may be step brothers.

Candles, photos and flowers mark the scene of the shooting.

Investigators said the two boys do not appear to be gang members. What led up to the shooting remains unknown, but police believe a man in his 20s opened fire while riding a bicycle.

The investigation is ongoing. If you have any relevant information about this shooting, you're urged to contact the Los Angeles Police Department.
Related topics:
pico unionlos angeleslos angeles countylapdshootingchild killedteenagers
Copyright © 2021 KABC-TV. All Rights Reserved.
RELATED 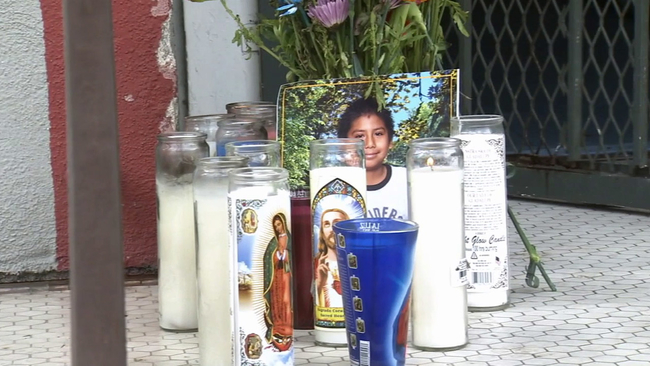 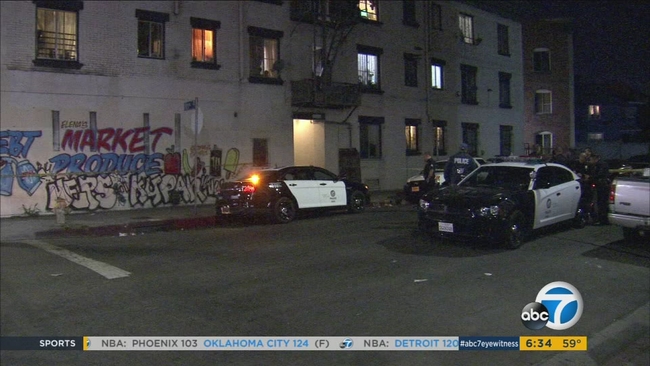