KABC
By Eileen Frere and ABC7.com staff
SANTA ANA, Calif. (KABC) -- An elderly woman was found dead at a home covered with trash and cats in Santa Ana on Tuesday night. Similar hoarding conditions were found at two other Santa Ana houses owned by the woman.

Authorities say officers were sent to a house in the 1400 block of S. Rosewood Avenue at about 10:30 p.m. The body, identified by family as 72-year-old Rita Corpin, was discovered by a gardener.

Police say she was found sitting in a chair in her front yard, surrounded by debris.

"There was so much garbage and debris that she was in fact sleeping in her truck, not in the house," said Santa Ana Police Cpl. Anthony Bertagna. "When the officers got there, it took approximately three hours for them to remove the debris to get her body out of the front yard." 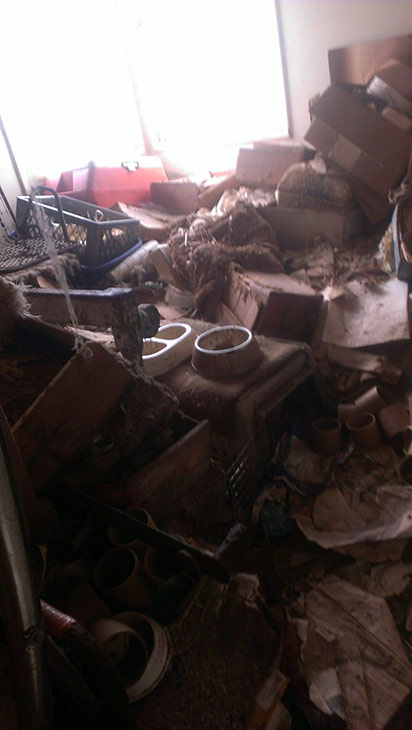 A look inside the home where an elderly woman was found dead in Santa Ana, photo courtesy the Santa Ana Police Department.

Approximately 30 cats were found on the property, as well as a couple dogs. At a second house, police discovered another 20 cats.

"She would come every day to feed the cats. She would never go in the house," said neighbor Manuel Arreguin. "And then she would leave, I believe to her next house to feed the next set of cats."

Many neighbors say they complained to the city over the years because of what residents described as hoarder conditions.

"When I would call them, they would come out because they have to follow up on a complaint ... but nothing would be done," Arreguin said. 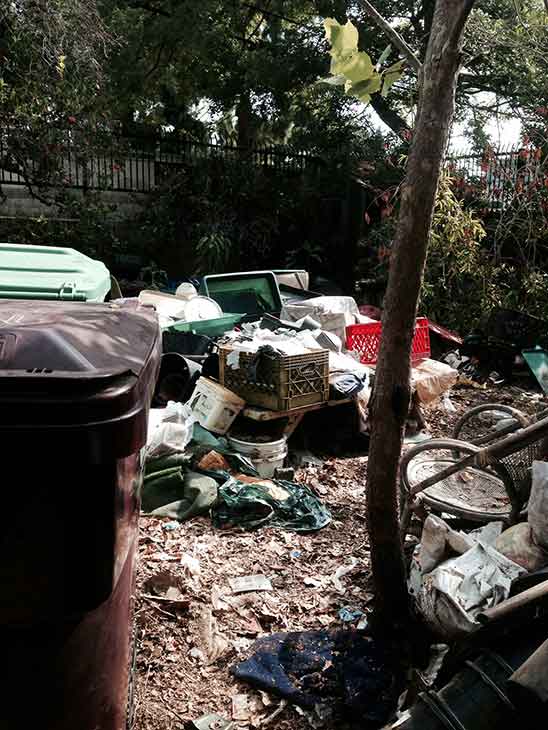 The front yard of a home with hoarding conditions in Santa Ana on the 600 block of E. Myrtle, photo courtesy the Santa Ana Police Department.

In a statement, Santa Ana officials said, "We responded several times to the property and issued notices and fines. In this situation, the property owner denied access to her property and only did the minimum to comply."

Authorities said she died from natural causes. Foul play was not suspected.

Corpin's brother said Rita was a retired world history teacher who taught for 40 years. He said she taught at La Quinta High School with the Garden Grove Unified School District, and was also with the Santa Ana planning commission.

"She was very caring," said the David Corpin, her brother. "She may have had a pack-rat problem, but other than that she was great. She was a good person."

Eyewitness News talked with a former teacher who described Corpin as eccentric and terribly lonely. That's something Corpin herself told Eyewitness News in 2012 at a Thanksgiving dinner at the Honda Center.

"I find the holidays are difficult," Corpin said on November 22, 2012. "This is my third year coming here because otherwise I'm alone. I'm retired and I said coming here is like a big celebration."

Friends say things took a turn for the worse after Corpin's boyfriend died of an apparent heart attack more than 15 years ago.

"We all noticed she really went off the edge after that happened, and the collecting and the hoarding got worse," said John Alexander, a former co-worker of Corpin's.