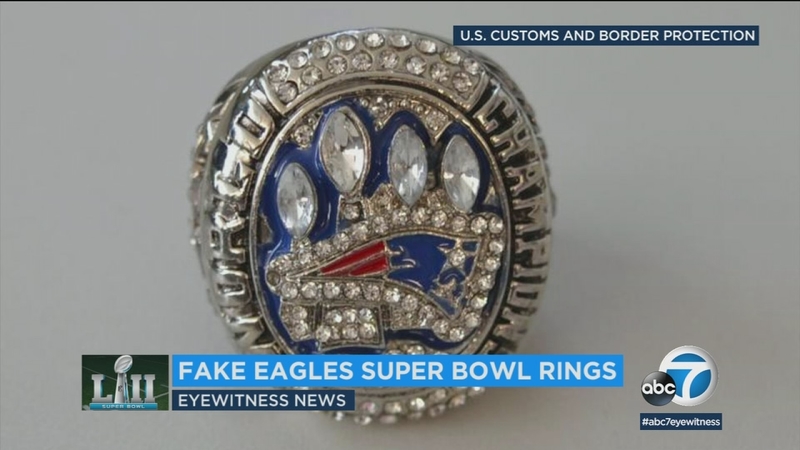 The 108 rings seized last week represented many past champions, including the New England Patriots and Philadelphia Eagles.

In a press release statement, CBP said officers "noted the poor craftsmanship" of the rings and held them to check their authenticity with the National Football League.

The league, the trademark holder, confirmed the rings were fake.