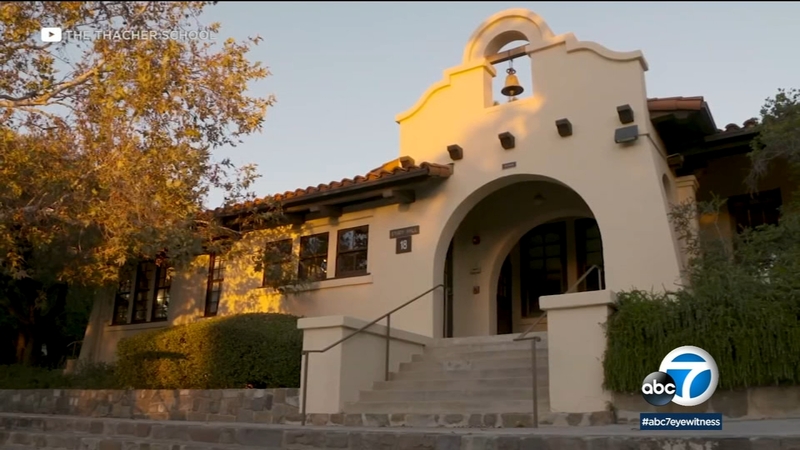 OJAI, Calif. (KABC) -- An exclusive boarding school in Ojai has disclosed allegations of sexual misconduct involving students, faculty and staff that extend back for decades and were improperly handled.

The Thacher School on Wednesday released a 90-page report by a law firm hired last August to investigate allegations made in an alumni social media campaign, the Los Angeles Times reported. The report was posted on the school's website.

It details episodes of alleged rape, groping, unwanted touching and inappropriate comments going back 40 years. It also listed the names of six alleged perpetrators and described alleged efforts by former administrators to cover things up.

Daniel W. Yih, the chair of Thacher's governing board, wrote in a letter accompanying the report that none of the accused are still employed by the school.

"To survivors of sexual misconduct and their families in our community, we are deeply sorry," Yih wrote, adding, "We have learned a great deal about our history over the past several months - much of which has been difficult to confront."

The board of trustees acknowledged a "profound" impact on students because of the failure to exert proper oversight.

"Many suffered lasting harm not just from the sexual misconduct itself but also from the school's handling of the misconduct," the trustees said in a statement.

No one in the report has been charged. The Ventura County Sheriff's Office was given a synopsis of about 20 incidents last week, but many could fall outside the statue of limitations for prosecution, given the span of time.

"We are going to look into them on a case-by-case basis," said Sgt. Hector Macias, head of the sheriff office's sexual assault unit. "We are going to continue to work with the school and their law office in order to vet some of this out and see if the victims are willing to cooperate."

The most serious allegation described in the report came from a 1980s alumna who accused a teacher of repeatedly raping her, starting when she was 16, the Times said.

The law firm's report said students and faculty seemed to be aware of and concerned about the teacher's association with the girl. Between the girl's freshman and sophomore years an administrator wrote in the teacher's performance evaluation: "You need to put some distance between her and you next year."

During the girl's junior year, she shared information with her mother, who contacted the school.

According to the law firm's report, the girl recounted that she was interviewed by a male dean who asked about details of the teacher's sexual conduct, specific sexual acts and whether she enjoyed it. The report said the dean denied asking if she enjoyed it.

The teacher was confronted by administrators and resigned. But the firm's report said it found no written evidence that anyone at Thacher ever contacted law enforcement.

Three weeks later, possible child abuse was reported to the sheriff's office by a psychologist unaffiliated with Thatcher who had spoken with the student.

The Sheriff's Office cleared the case at the time, noting that the "complainant refuses to participate."