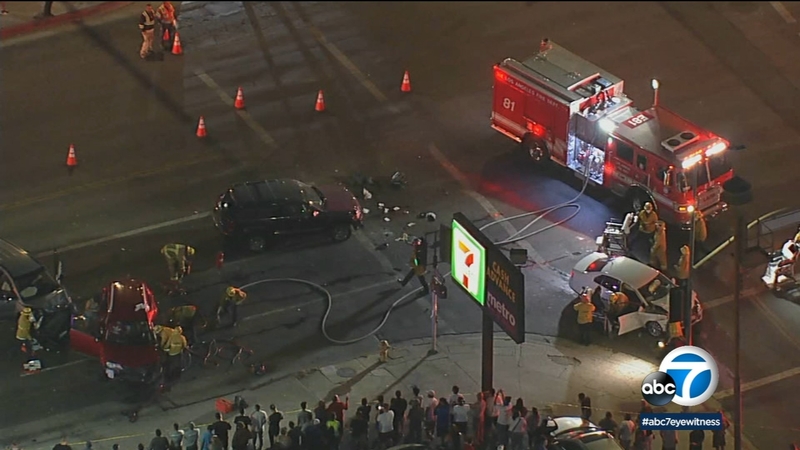 The collision occurred about 8:20 p.m. in the 7400 block of Van Nuys Boulevard, where a nearby security camera recorded a woman pedestrian being struck by one of the vehicles while she was crossing the street.

Two of the vehicles involved in the crash were parked at the time, according to the Los Angeles Fire Department. Firefighter-paramedics responded to the scene and used hydraulic rescue tools to extricate several patients.

Of the eight people who were injured, six adults were transported to hospitals -- five in moderate condition and one in fair condition, the LAFD said in a statement. The two others declined to go to a medical center.

The pedestrian was among the injured, but her specific condition was unknown.