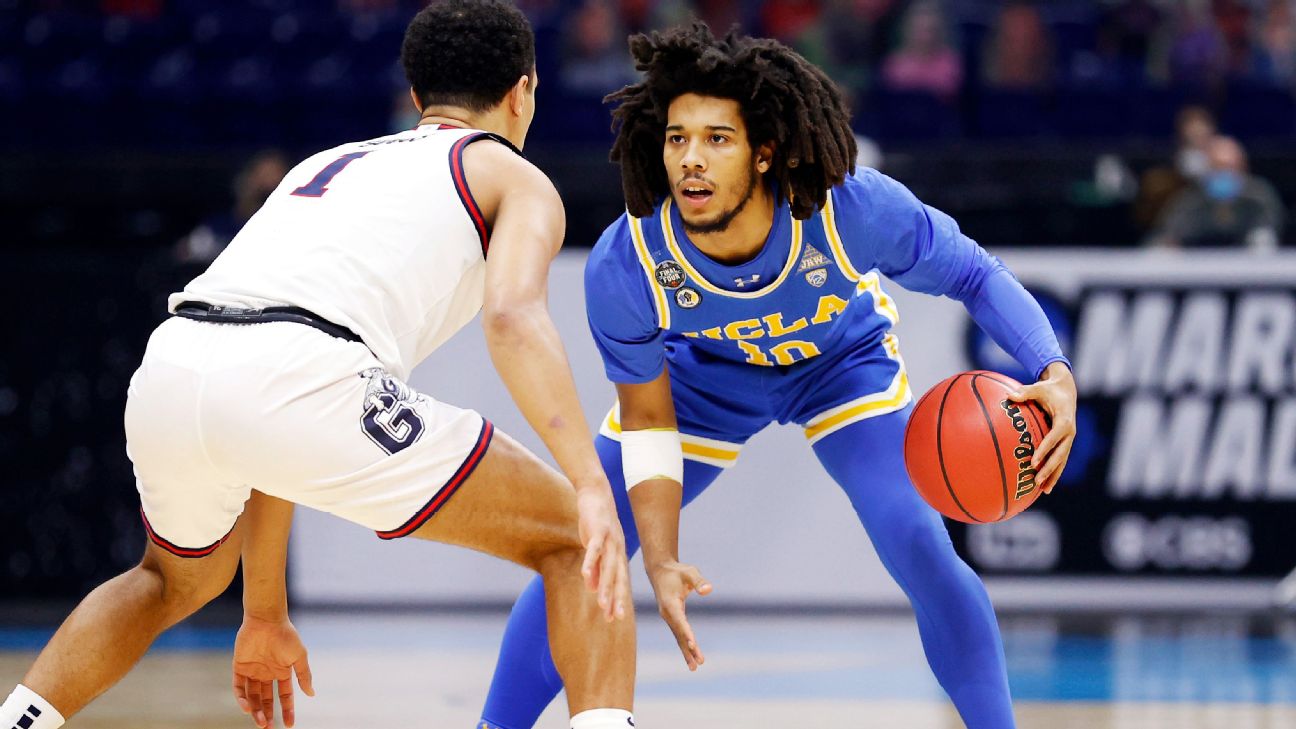 Jalen Suggs might be off to the NBA, but preseason top-five teams Gonzaga and UCLA are set to square off in November in a rematch of their Final Four game from early April that ended on Suggs' buzzer-beater from just inside half court.

The Zags and Bruins will meet on Nov. 23 in Las Vegas as part of the Empire Classic.


Gonzaga, ranked No. 1 in ESPN's Way-Too-Early Top 25, and UCLA, ranked No. 3, will each play two games at T-Mobile Arena in late November. On Nov. 22, UCLA will face Bellarmine, while Gonzaga will battle Central Michigan, before the two powerhouses square off two nights before Thanksgiving.

"We look forward to presenting the most anticipated game of the season," Gazelle Group president Rick Giles said. "The opportunity to have a rematch of a historic Final Four game with teams expected to be ranked No. 1 and No. 2 entering the season is unprecedented. Both teams are returning many players from that game and Gonzaga also welcomes Chet Holmgren, the most exciting incoming freshman since Zion Williamson."

The two teams took part in the best game of the 2021 NCAA tournament, a 93-90 overtime thriller that advanced Gonzaga to the national championship game. Johnny Juzang tied the game with 3.3 seconds left in the extra period, but Suggs took the inbounds pass, dribbled three times and pulled up from about 40 feet to bank in the buzzer-beating 3.


Gonzaga is losing potential lottery picks Suggs and Corey Kispert from that team, along with projected second-round pick Joel Ayayi, but coach Mark Few's program is bringing in the nation's No. 2-ranked recruiting class. Holmgren, the No. 1 overall player in the 2021 class and a potential No. 1 pick in the 2022 NBA draft, is the headliner, while five-star guards Hunter Sallis and Nolan Hickman also enter the fold. Preseason Wooden Award favorite Drew Timme leads the returnees.

The Bulldogs have the nation's most difficult nonconference schedule, with November's showdown against the Bruins the latest marquee matchup on the Zags' slate. Gonzaga already had games againstTexas, Duke, Alabama, Texas Techand Washington.Five of those six teams are likely to be ranked in the preseason top five, with three in the top 10.