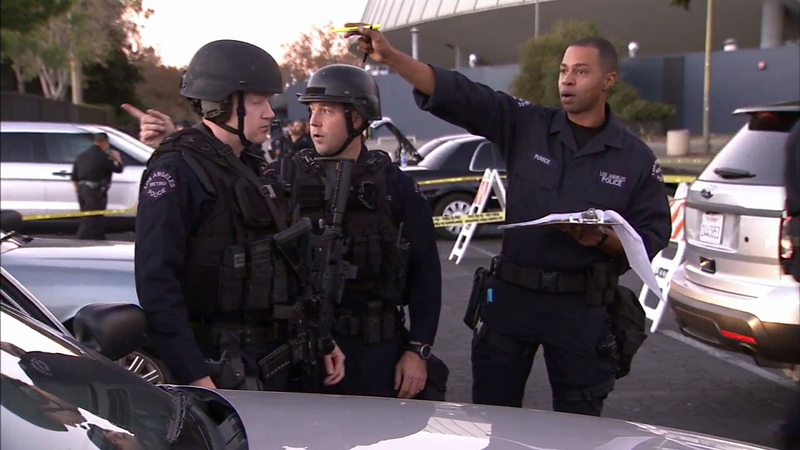 Officers were expected to participate in the drill for several hours.

The drill comes on the heels of a terrorist attack carried out by ISIS in Paris that left 129 dead and 350 injured on Friday.

"This is just part of our preparedness. This is like an audit, to see if our officers are listening to the radio and that they're unaware of this exercise until the code alpha went out over the radio. This way we see if they have their gear with them, they're prepared and then when they get here they'll have an assignment," Lt. John Jenal with the LAPD said.

Officials explained while the recent terror attacks was one reason for the drill, they stated the department runs the drills routinely and periodically.

"We want the public to have confidence that should something like a terrorist attack occur that we are competent and tactically prepared to respond to it," Deputy Chief Michael Downing said. "We want to stay on the prevention side of this equation and we need the public's help in reporting any kind of suspicious activity that they see."

The suspected mastermind of the attacks, 27-year-old Abdelhamid Abaaoud, was found dead after a bloody raid in the Paris suburb of Saint-Denis, the Paris prosecutor's office said Thursday.

MORE: Flight from LAX to Paris diverted after bomb threat