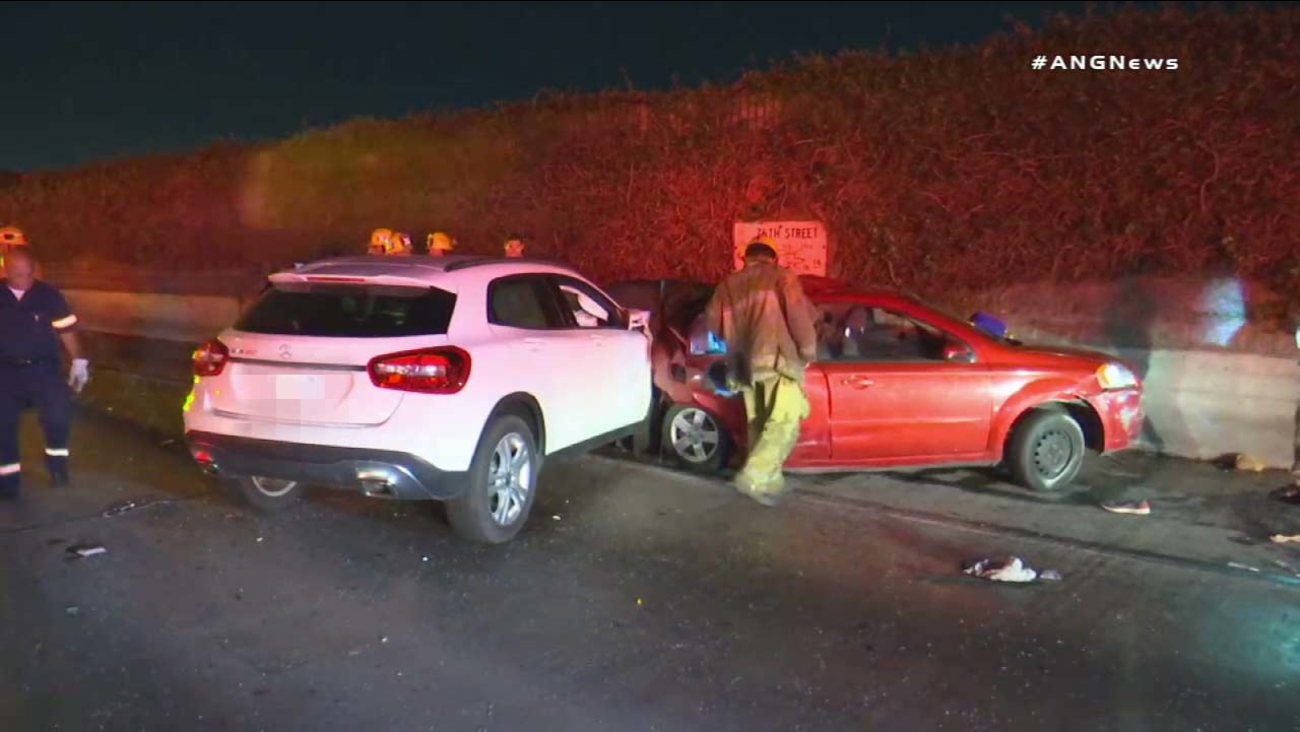 SOUTH LOS ANGELES (KABC) -- A 3-year-old boy was killed and his pregnant mother lost her unborn child in a two-car crash on the southbound 110 Freeway in South Los Angeles.

Nanci Martinez, 25, described by authorities as seven-months pregnant, was traveling in a 2009 Chevrolet Aveo with her 3-year-old and 5-year-old sons in the back seat. The California Highway Patrol said Martinez had pulled over to the shoulder for an unknown reason near the 76th Street exit.

The CHP said around 10 p.m., a driver in a 2018 Mercedes-Benz SUV made an "unsafe turning movement" from the No. 5 lane and onto the right shoulder, struck the sound wall and slammed into the rear of Martinez's vehicle.

The driver of the Mercedes-SUV, identified as Ken Li of Torrance, claimed to have mechanical problems that resulted in the "unsafe turning movement," the CHP said. He told authorities he was experiencing pain to various parts of his body, so he was transported to the hospital.

Li's wife, Anita Li, was a passenger in the SUV. She suffered a fractured hip and was also transported to the hospital, authorities said.

CHP investigators said alcohol does not appear to be a factor in the crash.