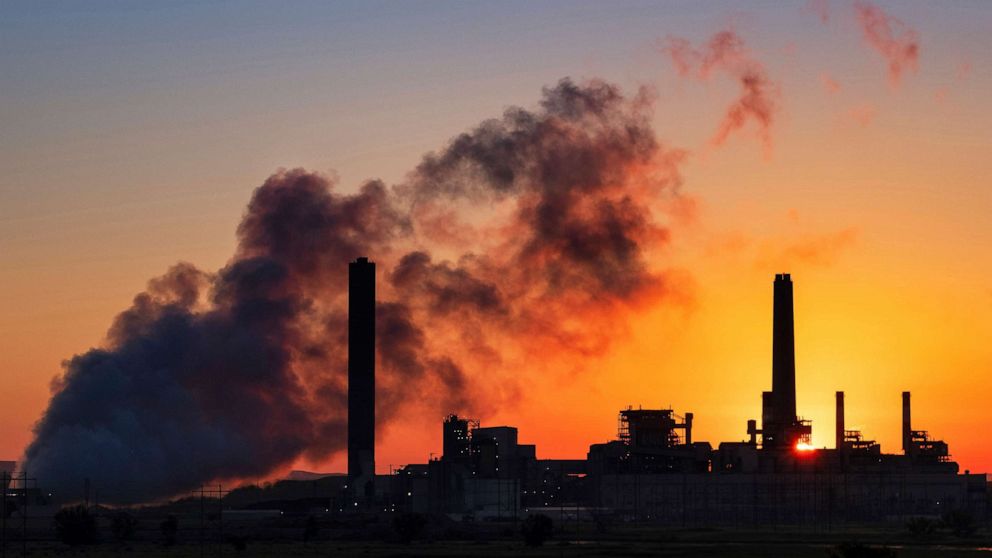 ABCNews
By JULIA JACOBO
Thousands of scientists from around the world have mobilized to warn people of an impending global climate emergency if levels of greenhouse gas emissions are not significantly reduced.

More than 11,000 scientists have signed a declaration stating "clearly and unequivocally" that humans could endure "untold suffering" if massive changes aren't made to the biosphere, according to an article published in the scientific journal Bioscience on Tuesday, exactly 40 years after the First World Climate Conference was held in Geneva.

At that conference, scientists from 50 nations agreed that alarming trends tied to climate change required urgent action, and since then, similar warnings have been made at the 1992 Rio Summit, the 1997 Kyoto Protocol and the 2015 Paris Agreement, according to the article, which claims that the world has conducted "business as usual" since then and has largely failed to address the issue.

"Scientists have a moral obligation to clearly warn humanity of any catastrophic threat and to 'tell it like it is,'" the piece states.

Despite the explicit warnings, greenhouse gas emissions are still "rapidly rising" and continuing to damage the climate at increasing rates, according to the article.

The impacts from the rising global surface temperatures include rapidly disappearing ice, such as Arctic sea ice, ice sheets in Greenland and the Antarctic and the thickness of glaciers worldwide. Rising sea levels, the ocean's heat content and acidity, the amount of area burned in the U.S. and extreme weather and the costs associated with it are also "disturbing" trends seen from rising temperatures, according to the article.

What the scientists find "especially worrisome" is a potentially irreversible climate tipping point that could lead to a catastrophic "hothouse Earth," beyond the control of humans.

"These issues highlight the urgent need for action," the article states.

However, some "encouraging signs" of progress include decreases in global birth rates, decelerated deforestation in the Brazilian Amazon, increases in the consumption of solar and wind power, institutional fossil fuel divestment of more than $7 trillion and the proportion of greenhouse gas emissions covered by carbon pricing, according to the article.

"To secure a sustainable future, we must change how we live," the article states.

To create the changes necessary, the scientists recommend:

Promptly reducing emissions of short-term pollutants, such as methane and black carbon.

Eating mostly plant-based foods while reducing the global consumption of animal products while also drastically reducing the "enormous" amount of food waste around the world.

Curtailing the excessive extraction of materials and overexploitation of ecosystems driven by economic growth.