Gabby Petito's boyfriend is hindering the investigation into her disappearance, police say 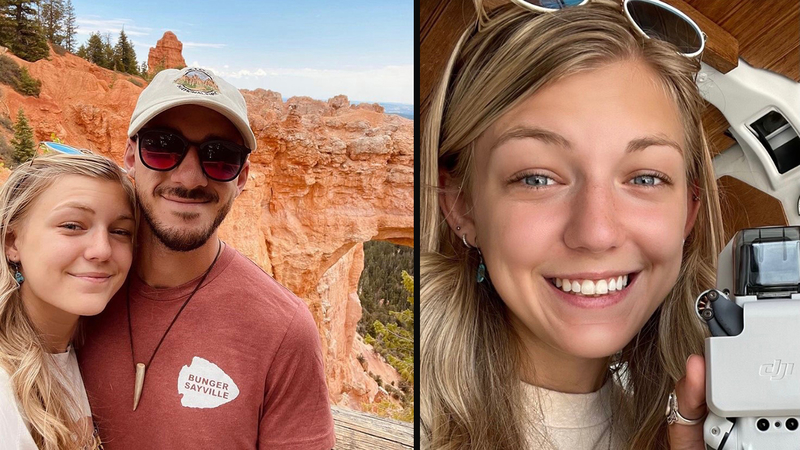 BLUE POINT, N.Y. -- The boyfriend of a missing 22-year-old woman has officially been named a person of interest in her disappearance, and police in their Florida hometown say he is hindering the investigation.

Gabrielle Petito, whose family is from Blue Point, and Brian Laundrie were on a cross-country trip to Oregon when she stopped communicating with her family somewhere in Wyoming.

"Several detectives are working around the clock to piece this complex and far reaching situation together," said the North Port, Florida, Police Department, which is now the primary investigating agency in partnership with FBI and working with the Suffolk County Police Department.

Authorities say that as of now, Laundrie has not made himself available to be interviewed by investigators or provided any helpful details.

He reportedly drove back to Florida alone 10 days before Petito was reported missing, and the events leading up to that are presently unknown.

"As a father, I can imagine the pain and suffering Gabby's family is going through," North Port Police Chief Todd Garrison said. "We are pleading with anyone, including Brian, to share information with us on her whereabouts in the past few weeks. The lack of information from Brian is hindering the investigation. The answers will eventually come out."

The Petito family spokesperson issued a new statement after Wednesday's announcement: "Everyday the search for Gabby continues the Schmidt and Petito family becomes more desperate. They are frantically searching for answers and information in their daughter's disappearance while Brian sits in the comfort of his home. Brian claims he wants to sit in the background while we search for Gabby in the wilderness of the Grand Teton and Yellowstone national parks. Brian left Gabby in the wilderness with grizzly bears and wolves while he sits in the comfort of his home. In his home! Brian, how could you do this to Gabby? You selfishly remain silent while Gabby is all alone in the wilderness. Brian, your silence is reprehensible! We beg you to do the right thing and help us bring Gabby home. Brian, whatever happened in Wyoming, happened. The only thing you can control is what you do now. Tell us where Gabby is. You tarnish your love for her with your silence."

"We have no idea who deleted Gabby's Instagram account," the family's attorney told Eyewitness News reporter Kristin Thorne early Wednesday. "We contacted Instagram and the FBI to let them know that it was deleted."

The developments come one day after police in Utah confirmed an "incident" between Petito and Laundrie that happened a few weeks before her disappearance.

Officials said responded to a report of a domestic problem involving the couple. A witness said they had left the scene in a white van after having an argument.

The van was located and pulled over for a traffic stop near Arches National Park. Police say Laundrie and Petito admitted to being in an argument where all parties agreed that Petito had slapped Laundrie and Laundrie had not hit Petito.

There were no serious injuries and no party wanted to press any charges.

Petito told officers she suffers from serious anxiety and police categorized the incident as a "mental/emotional health break" rather than a domestic assault. She told police that the arguments between the couple had been building over the past couple of days.

They agreed to separate for the night and police helped Laundrie get a hotel room while Petito took possession of the van. According to police, the couple did not wish to separate, but officers required them to do so in lieu of no charges being filed. A responding officer deemed Brian to be "at low risk of danger or harm as a result of his proximity to his fiancé."

Petito's mother, Nichole Schmidt, said the last video chat she had with her daughter was August 24 or 25, though they exchanged text messages for a few days following.

She has since said she is unsure if it was her daughter actually sending those texts.

"We don't eat, we don't sleep, we're just actively looking for her," she said.

Prior to the last communication, Petito is believed to have been in Grand Teton National Park in Wyoming. She was reported missing to the Suffolk County Police Department by her family on September 11 at approximately 6:55 p.m.

Laundrie's attorney, Steve Bertolino, issued the statement Tuesday on behalf of his client.

"The Schmidt and Petito family are going through the worst moments of their lives," the statement read. "Their beautiful twenty-two year old daughter is missing and the one person that can help find Gabby refuses to help. Brian Laundrie was traveling with Gabby in the Grand Teton - Yellowstone area. They were traveling together in Gabby's 2012 Ford Transit van. That is where we believe Gabby was last seen. Brian is refusing to tell Gabby's family where he last saw her. Brian is also refusing to explain why he left Gabby all alone and drove her van to Florida. These are critical questions that require immediate answers. The Schmidt and Petito family beg the Laundrie family to not "remain in the background" but to help find who Brian referred to as the love of his life. How does Brian stay in the background when he is the one person that knows where Gabby is located? The Schmidt and Petito family implore Brian to come forward and at least tell us if we are looking in the right area."

The couple had been documenting their trip on YouTube, and they were set to arrive in Portland in October.

"We were excited for them," Schmidt said. "I believe she's in danger because she's not in touch with us. She could be alone somewhere. She could be stranded somewhere in the wilderness and she needs help."

Petito is described as a white female, approximately 5-foot-5 and 110 pounds.

She has blonde hair, blue eyes, and several tattoos, including one on her finger and one on her forearm that reads "Let it be."

Detectives are asking anyone with information on Petito's disappearance to contact Crime Stoppers at 1-800-220-TIPS, and the North Port Police Department is actively assisting in this case and can be reached at 941-429-7382."