School districts in this state continue to mandate masks despite ban 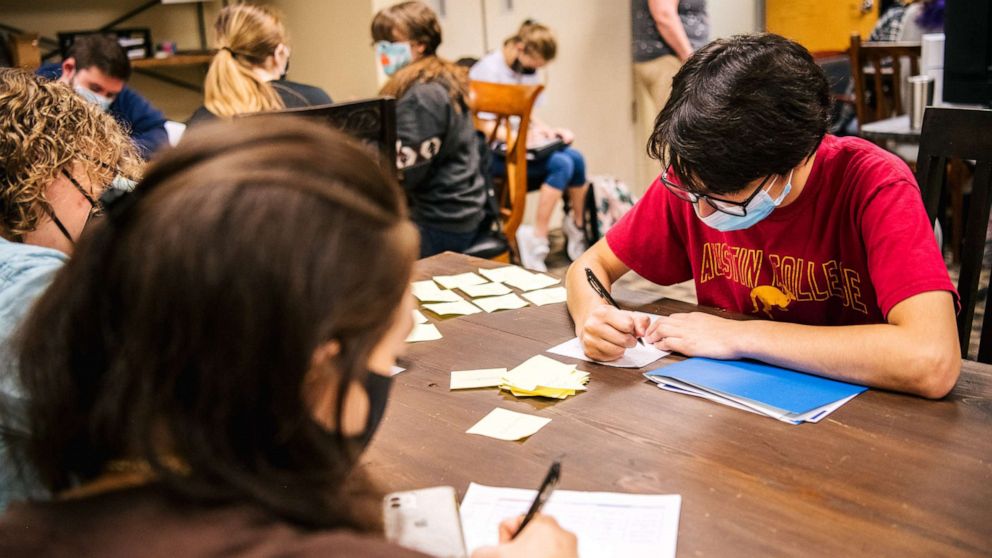 The battle between school districts and Texas Gov. Greg Abbott's ban on mask mandates wages on with Waco ISD refusing to give in following the deaths of educators in the region.

Waco ISD is one of over 80 districts and schools in Texas to violate the mask ban, according to a list by Texas Attorney General Ken Paxton.

"It's a responsibility that I take very seriously. We've lost employees along the way. And it's been very sad to watch," Kincannon said to the Texas Tribune. "It's not something I ever thought I would have to deal with as a superintendent. It's been a long haul since this began."

Since then there's been a notable decrease in COVID-19 cases in the district.

"The number of cases of COVID-19 reported in Waco ISD during the first few weeks of the school year was deeply worrisome and far outpaced the same period last year. We had 104 cases during the first week and 285 the second week," Waco ISD Chief of Staff Kyle DeBeer told ABC News.

Since then, cases have "trended down" with 34 cases reported last week. "While there are many factors at play, it seems clear that requiring masks has made a difference," DeBeer said.

Waco ISD is one of about a dozen districts in the state facing a lawsuit by the Texas attorney general for violating the governor's order.

So far, a judge hasn't ruled on the state's request for a temporary restraining order on the mask policy at Waco ISD, DeBeer said.

An additional 36 schools and districts are now in compliance with GA-38 after previously not being, according to Paxton's list.

The ban prompted the U.S. Department of Education to launch a federal civil rights probe on Sept. 21 into whether the law violates the rights of school children with disabilities. The Texas Education Agency only recently began enforcing Abbott's executive order in a guidance issued Sept. 17 that prohibits school districts from requiring masks.

Disability Rights Texas, a federally mandated protection and advocacy agency for disabled Texans, filed a lawsuit on behalf of 14 children against Abbott and TEA commissioner Mike Morath in August claiming that the ban on mask mandates puts them at a higher risk of contracting COVID-19.

Abbott and the state are involved in multiple legal battles with cities, counties and school districts over mask mandates. Several school districts have won temporary restraining orders allowing them to keep masks in schools and others have been forced to let go of their face covering requirements.

In Dallas County, a district court judge issued a temporary injunction on Abbott's order on Aug. 25, which allows the mask mandate to continue for now, according to court documents.

Last month, a Lamar County district court issued a temporary restraining order against Paris ISD for its mask mandate. The court said the district lacked "authority to issue or enforce a face mask mandate in light of Governor Abbott's executive order GA-38." It came after the Forth Worth Court of Appeals reinstated a temporary injunction against Fort Worth ISD's mask mandate.

In late August, the Texas Supreme Court temporarily blocked a mask mandate by San Antonio and Bexar County for their independent public school districts, a blow to efforts defying Abbott's ban, saying "that status quo" should remain in place as the courts explore the issue, Associated Press reported. The state's highest court is yet to make a final decision on the matter.

There's also a lawsuit ongoing between the state and San Antonio ISD over a vaccine mandate for staff. Paxton filed a lawsuit against San Antonio ISD for mandating all district employees be vaccinated against COVID-19 stating it violated Executive Order GA-39, which prevents governmental entities from compelling individuals to get the coronavirus vaccines, he said in a news release.

So far more than 185,000 positive student cases have been reported in the 2021-22 school year, according to the Texas Department of Health and Human Services data.

Mask and vaccine mandates in schools remain the center of contentious debate across the nation as kids under the age of 12 are still ineligible for the COVID-19 vaccine.

At the same time, the number of children COVID-19 cases has surged over the past year. Since the onsetofthe pandemic, more than 6 million children have tested positive for the virus.

Though the U.S. is reporting about 95,000 fewer child cases compared to a month ago, the nation still reported more than 148,000 child COVID-19 cases last week, according to a weekly report from the American Academy ofPediatrics(AAP) and the Children's Hospital Association (CHA), released Monday evening.

Abbott doubled down on his stance against COVID-19 mandates. On Monday he issued an executive order prohibiting vaccine mandates by any entity, including private businesses.