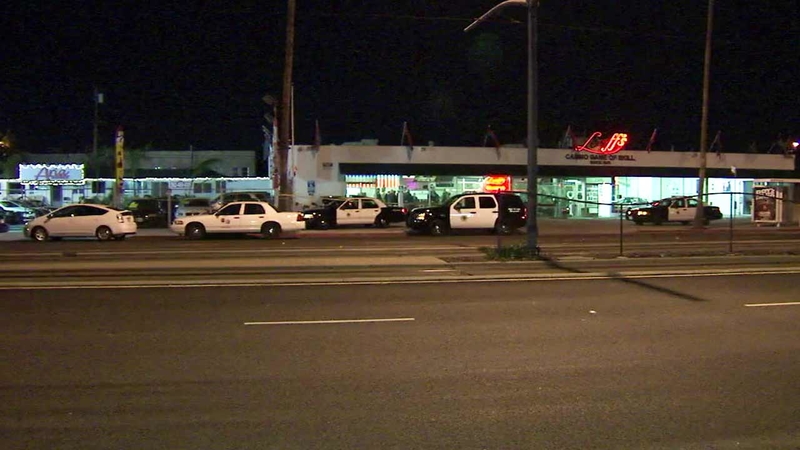 Authorities were dispatched to Looff's Lite-A-Line Casino Game of Skill in the 2500 block of N. Long Beach Boulevard at 10:08 p.m. in response to a report of an armed man inside the business.

The man refused to follow police officers' orders to drop his knife. Long Beach police officers tried to subdue him using less than lethal force, but it was ineffective and an officer-involved shooting occurred.

Officials say the man may have been asked to leave the arcade previously.