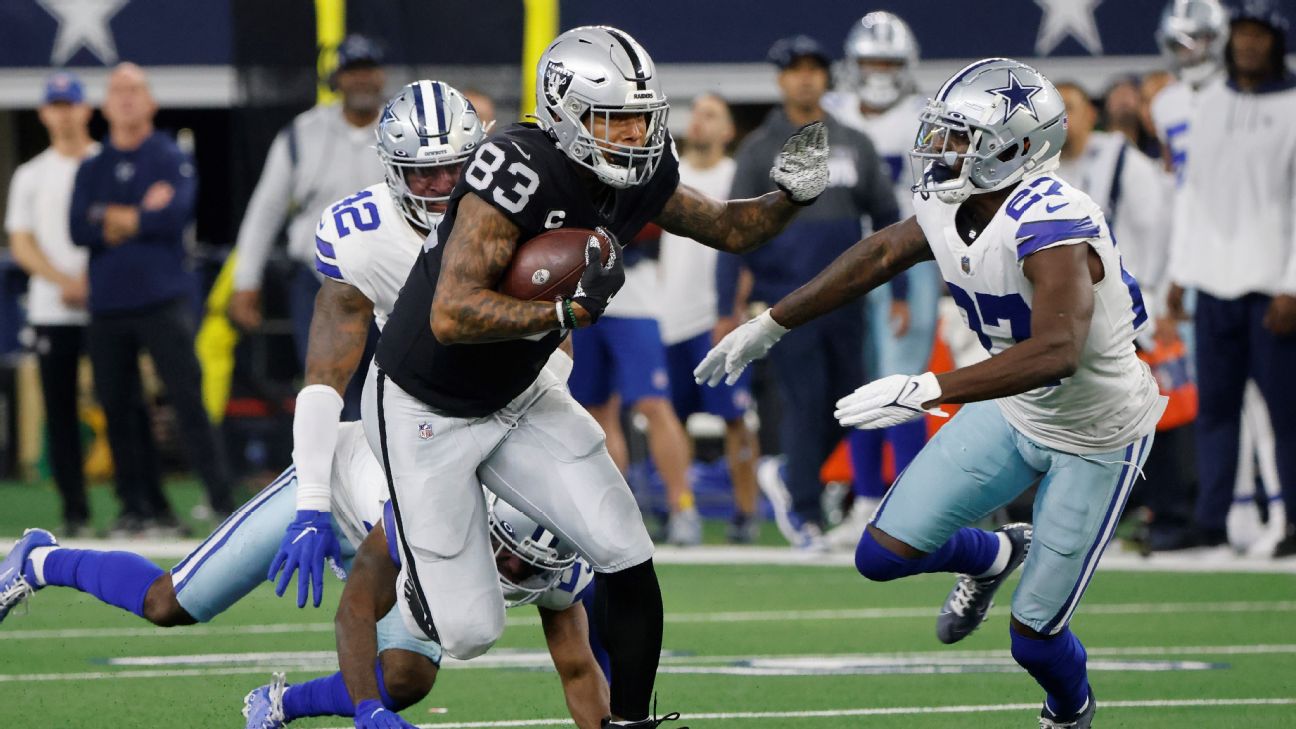 ARLINGTON, Texas -- Las Vegas Raiders Pro Bowl tight end Darren Wallerwas ruled out with a left knee injury in the second quarter of the Raiders' 36-33 overtime victory in their Thanksgiving Day game at the Dallas Cowboys.

Waller had earlier tweaked his back on a play in which he appeared to be stripped of the ball, though officials ruled he had not secured it long enough before losing it.


Waller, who was targeted a Las Vegas-high five times and had two catches for 33 yards, left the game with the knee injury after being tackled awkwardly.

Interim head coach Rich Bisaccia told reporters after the game he had not yet talked to the athletic trainer about Waller and had no immediate update on his injury.